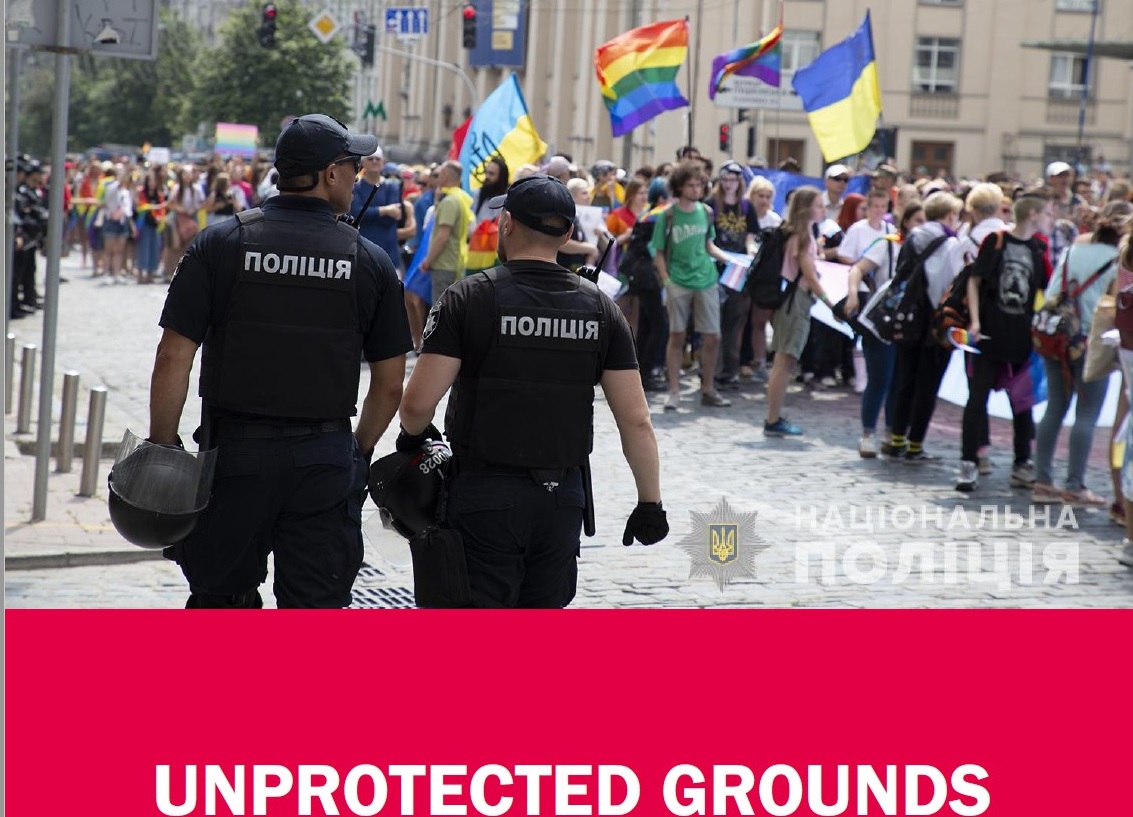 From 1 February to 31 July 2021, the LGBT Human Rights Nash Mir Centre from Ukraine carried out the project “Protecting LGBT People from Hate Crimes in Ukraine: Recommendations Based on Experience & Advocacy”, funded by the EU-Council of Europe project “Strengthening access to justice for victims of discrimination, hate speech and hate crimes in the Eastern Partnership countries”.

The project had the following significant results.

More data about cases when LGBT victims of hate crime seek protection and address the police and judicial channels was collected. For example, it was identified that 210 cases were identified and investigated, which included various interactions with the police in responding to crimes and incidents based on homophobia and transphobia in Ukraine (excluding the occupied territories) during 2018-2021. Out of the data collected, the LGBT Human Rights Nash Mir Centre developed the study “Unprotected grounds. Report on the study's results of the effectiveness of legal protection against crimes based on sexual orientation and gender identity intolerance in the context of Ukrainian legislation and law enforcement practice” in Ukrainian and English. The study was introduced to key institutions and civil society organisations in July 2021. 65 persons (17 men and 48 women) registered for the presentation, including National Coordinator on Preventing Hate Crimes of National Police, representatives of Main Investigation Department of National Police, police officers from the regions, Human Rights Department of National Police, Office of General Procurator, Ombudsman’s office, Member of Parliament and assistants of MPs, office of the Council of Europe in Ukraine, U.S. Embassy, German Embassy, UN Special Monitoring Mission, OSCE Special Monitoring Mission, civil society and mass media.

Awareness raising about LGBT people about their rights in alleged cases of hate crimes was increased with the support of a video elaborated and disseminated through social media. By early August 2021, there were over 10000 views of the video.

Finally, thanks to the project, the NGO analysed 80 cases documented by the monitoring network of the NGO and submitted the information to OSCE – ODIHR for their database on hate crimes.

In relation to legislative advocacy, in May 2021, the Cabinet of Ministers of Ukraine introduced Bill 5488 developed by the Ministry of Internal Affairs for consideration by the Parliament of Ukraine, which proposes amendments to the Criminal Code of Ukraine which would criminalize hate crimes on various grounds including sexual orientation and gender identity (currently the criminal code recognises hate crimes motivated by racial, national or religious intolerance). Nash Mir sent out letters in support of the Bill 5488 to foreign embassies, Delegation of the European Union, European Parliament's LGBTI Intergroup, OSCE Special Monitoring Mission to Ukraine, and Council of Europe Office in Ukraine, and published advocacy information on social media.

These activities were organised as part of a project of the LGBT Human Rights Nash Mir Centre supported through the project “Strengthening access to justice for victims of discrimination, hate crime and hate speech in Eastern Partnership countries”, which is co-funded by the European Union and the Council of Europe and implemented by the Council of Europe in the framework of the Partnership for Good Governance II.