Promoting non-discrimination during wartime in Ukraine 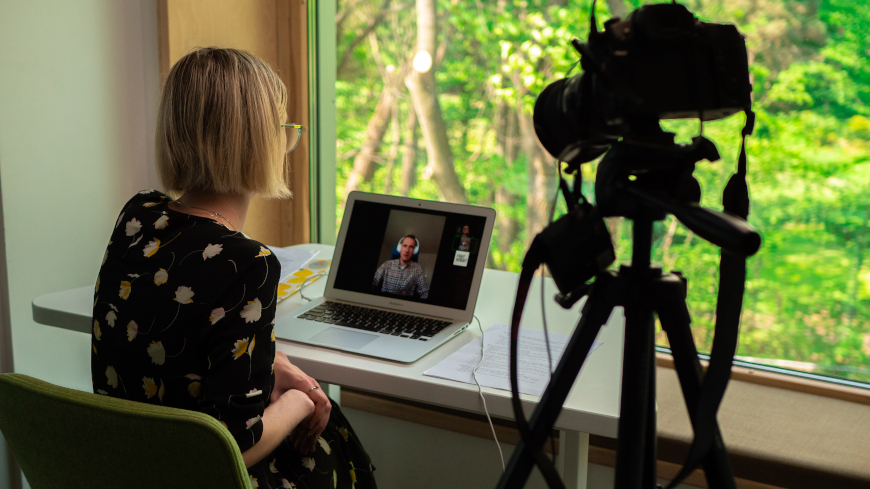 The joint project “Strengthening the access to justice through non-judiciary redress mechanisms for victims of discrimination, hate crime and hate speech in Eastern Partnership countries,” awarded two grants to civil society organisation in Ukraine in 2021. Their aim was to support victims of discrimination in seeking redress at national level, increase public awareness on discrimination and hatred, and provide analytical tools for the policy makers and the public.

Activities under the grants were implemented from December 2021 to June 2022 and focused on: strengthening access to justice for LGBTQI persons in Ukraine with the NGO Insight, and combating discrimination affecting persons with disabilities with the NGO Fight for Right. With the start of Russia's aggression against Ukraine in February 2022, both organisations adapted the foreseen activities to the new circumstances and continued their support to the beneficiaries of the above-mentioned projects.

Since the start of joint activities’ implementation, the NGO Insight supported litigation and strategic litigation of court cases where LGBTQI persons suffered from discrimination or hate crimes and provided psychological and legal consultations. In February 2022, it established a 24/7 emergency psychological assistance telephone line and ensured ad-hod consultations on crossing-border issues. In total, more than 160 psychological consultations, and more than 150 legal consultations were provided to LGBTQI persons. In parallel, the organisation ensured that information and advice was given on various topics: same-sex marriage, ways to ensure digital security, necessary steps and available mechanisms for help during the war.

Based on the series of focus-groups conducted in January and February 2022, the NGO Fight for Right developed recommendations on labour rights of persons with disabilities, designed to raise awareness on the status of their labour rights to better understand their needs, challenges, and contribute to positive change in that respect, offering the basis for development of appropriate policies, recommendations for employment agencies and supporting employment of persons with disabilities. An analytical report, “Disability and War,” was prepared, presenting evacuation experiences of persons with disabilities during the initial stage of Russia's invasion, drawing attention of wider audience about threats and additional risks they faced, at the same time highlighting the need for additional attention to such issues and relating protection. The report is supported by a video, comprising testimonies of persons with disabilities about evacuation and life in temporary occupied territory, their dreams but also hopes for future. The report and the video will be presented during a public event in September 2022.

With the support of the regional project, the NGOs managed to continue the work of significant importance, despite the current difficult situation in the country. This support was highly appreciated by the project beneficiaries.

These activities were implemented in the framework of the regional project “Strengthening the access to justice through non-judiciary redress mechanisms for victims of discrimination, hate crime and hate speech in Eastern Partnership countries,” funded by the European Union and the Council of Europe and implemented by the Council of Europe in their Partnership for Good Governance II 2019-2022.