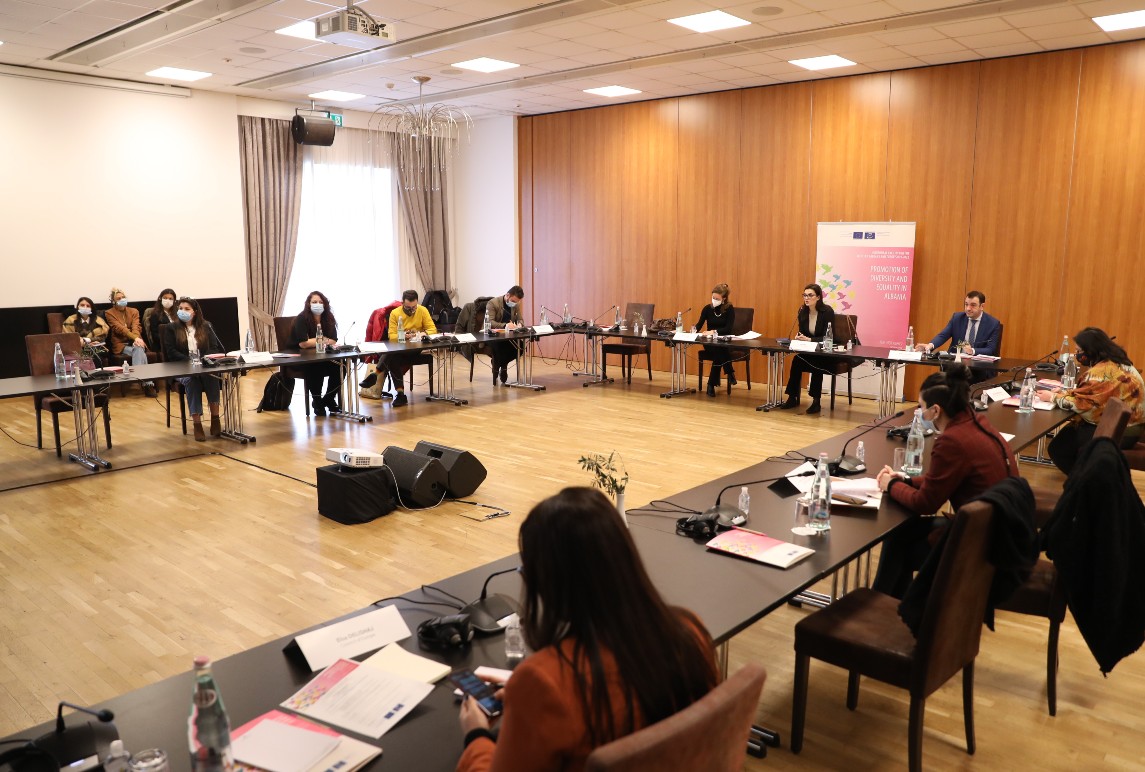 Tirana, 26 January 2022 - The 5th Steering Committee Meeting of the European Union and Council of Europe joint action on “Promotion of diversity and equality in Albania” gathered representatives from Equality Bodies; Public Authorities; Albanian State Police; LGBTI Civil Society organisations engaged in promoting and protecting rights of vulnerable groups and combating hate speech and hate crimes. The Steering Committee is an important platform for dialogue among key stakeholders that takes place periodically to assess the work done in the field of anti-discrimination in Albania and the region, but also to discuss future plans and interventions. The action’s support and assistance in the efforts to raise awareness against hate speech and hate crime at local and regional level was acknowledged by the stakeholders.

The Commissioner for Protection from Discrimination, Mr. Robert Gajda, thanked the action for its support in the institutions’ activities as it has helped in setting key standards in field and provide important expertise, but also in improving co-operation among stakeholders. He highlighted the importance of a series of meetings conducted with the regional Directors of the State Police on improving the fight against discrimination and hate speech. According to Gajda these contribute towards a closer cooperation not only with the Equality Bodies, but especially with the CSOs, which operate in the field.

The Ombudsperson, Ms. Erinda Ballanca, in her remarks emphasized that: ”The presentation of the report on the tools that explain hate speech is a wonderful tool, but I definitely think that we need to do more to promote it, and together with the Commissioner for Protection from Discrimination we can find a way to make it a more visible instrument, while including also the Parliament. From that perspective, I think that is one of the biggest achievements.”

Key actors and representatives from public authorities focused their discussion on addressing the phenomena of hate speech and hate crimes, which is on the rise, and to ensure the protection and promotion of the rights of LGBTI persons and national minorities. The discussions tackled the necessity to strengthen institutional capacities and coordination, as well as to improve anti-discrimination mechanisms in line with Council of Europe standards.