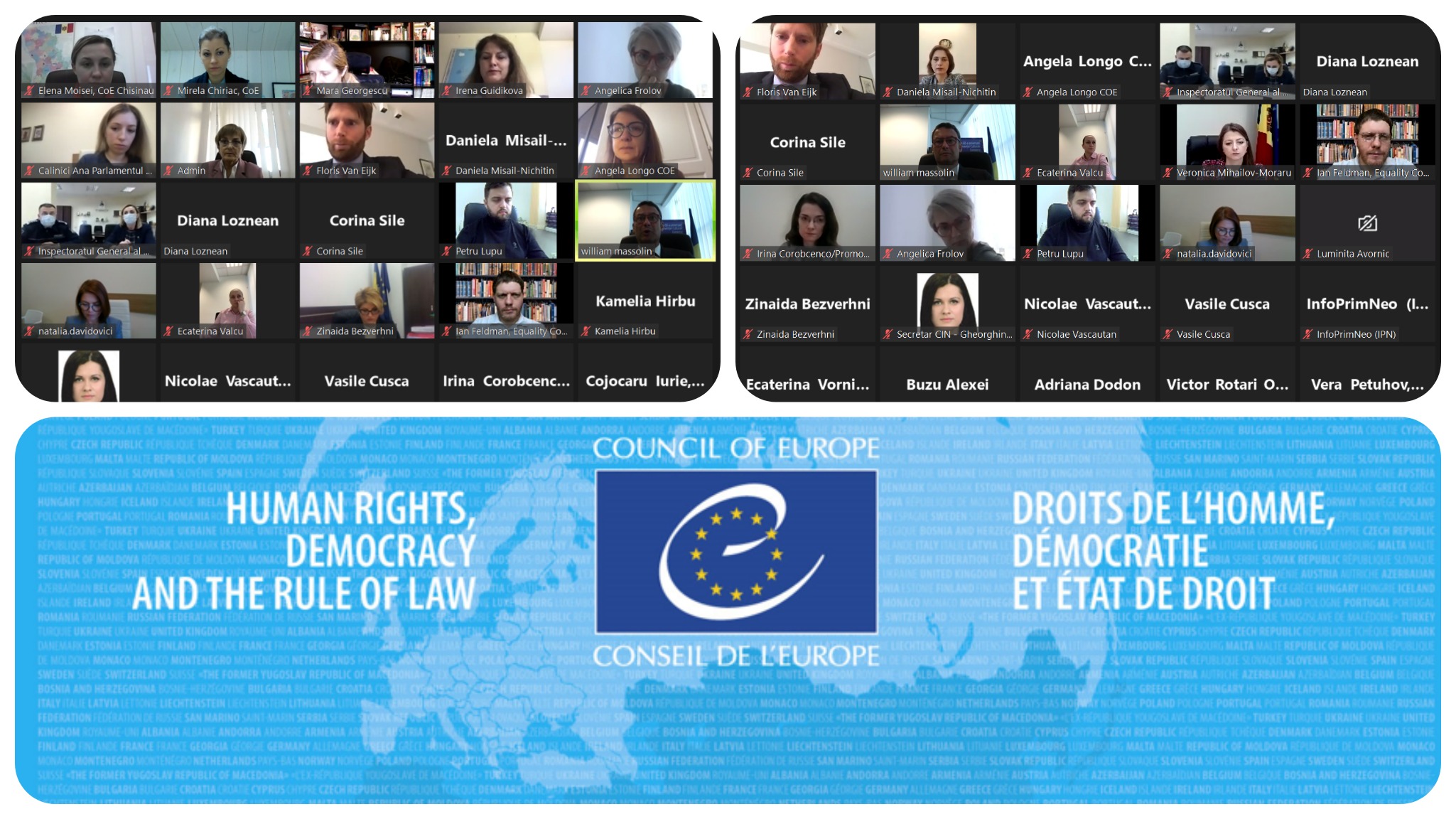 On 26 November 2021, a new co-operation initiative on enhancing diversity and equality in the Republic of Moldova has been launched in the framework of the Council of Europe’s Action Plan for the Republic of Moldova 2021 - 2024, namely the three-year project ”Enhancing diversity and equality in the Republic of Moldova”. The new project aims at developing a system of support among local public and civil society actors to protect the rights of vulnerable groups (LGBTI, women, ethnic and religious minorities, people with physical and mental disabilities, amongst the others) against hatred and hate crimes and reinforcing efforts for the improvement of the legal framework, capacities of law enforcement and awareness raising.

The event has been hosted and moderated by William Massolin, Head of the Council of Europe Office in Chisinau, who highlighted the project is implemented in the framework of the CoE Action plan for Moldova 2021-2024 and will support National Human Rights Action Plan (NHRAP) 2018-2022 for the Republic of Moldova, particularly in relation to anti-discrimination and the rights of national and ethnic minorities.

Floris Van Eijk, Charge d'affaires a.i., Embassy Office of the Netherlands in Chisinau: “We welcome the comprehensive approach of this project that targets broadly stakeholders at both national and local level, authorities, law enforcement officers and civil society. Such comprehensive approach will positively contribute to raising awareness and building capacities for preventing and tackling hate crimes.”

Irena Guidikova, Head of Inclusion and Anti-discrimination Programmes Division, Anti-Discrimination Department, Council of Europe: “We welcome the launch of the new project in the Republic of Moldova, under the Council of Europe Action Plan 2021-2024. This project comes in continuity to the work done so far under other programmes of the Council of Europe, but it has also big ambitions. With an improved legal framework, and with networks of support for victims of hate-based violence, we believe the situation of groups exposed to discrimination and hate can and will change.”

The launching event has been followed by the first Steering Committee meeting of the project, with the involvement of the above mentioned stakeholders, and also members of the Parliamentary Committee on human rights and interethnic relations, Ministry of Labour and Social Protection, Ministry of Health, Ministry of Foreign Affairs and European Integration, Ministry of Internal Affairs, General Police Inspectorate, Agency for Interethnic Relations, National Agency of Social Assistance, Council for Preventing and Eliminating Discrimination and Ensuring Equality, Office of the People’s Advocate and Civil Society Organisations.