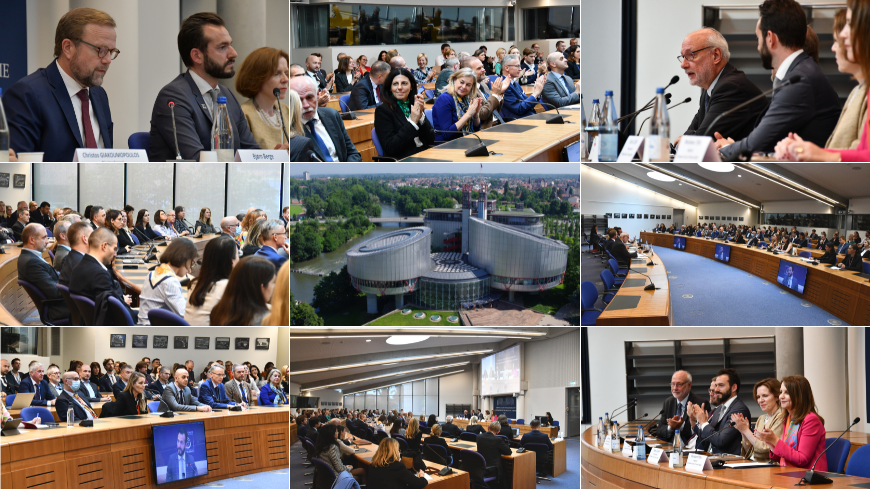 “This day marks a qualitative leap in relations between the European Court of Human Rights and national courts - and more generally national authorities, legal professionals, civil society and individuals”, said Council of Europe’s Director General of Human Rights and Rule of Law, Christos Giakoumopoulos, at the launch event of the platform.

ECHR-KS gives all judges across Europe, and more generally all legal professionals and the general public, access to an exhaustive and intuitive web platform which provides detailed and up-to-date analysis of the European Court’s case-law on the key subjects of the European Convention on Human Rights (ECHR). It is aimed at strengthening the subsidiary role of the European Court and boosting the ability of member states to implement the Convention.

The launch took place within the framework of the project “Enhancing Subsidiarity: Support to the ECHR Knowledge-Sharing and Superior Courts Dialogue”, a collaboration between the Registry of the European Court of Human Rights and the Directorate General of Human Rights and Rule of Law of the Council of Europe (DGI).

The Project aims to strengthen the principle of subsidiarity, which lies at the core of the ECHR system. It implies that the role of States Parties in the implementation of the ECHR provisions should be strengthened, emphasising the responsibilities of the States themselves to be the first and primary protectors of human rights. The responsibility for the implementation of the ECHR is shared between the State Parties, the ECHR, and the Committee of Ministers.

“We combine the knowledge and experience of the European Court, including in the areas of developing legal and digital solutions, with the experience of the DGI in implementing cooperation projects on national level” added the Director General Human Rights and Rule of Law, stressing the importance of this collaboration between his Directorate General and the Court.

“We are confident that the three components of this project together - the platform launched today, the Network of Superior Courts and the development of individualised tools with our member States - have the potential to enhance the transparency and accessibility of the Court's case law and to promote dialogue between national and European stakeholders of the Convention. The aim is to strengthen the protection of human rights.” he said at the end of his speech.

The overall objective of the Project is to bring subsidiarity into practice at pan-European level by creating sustainable solutions for national courts to apply the ECHR in line with the case law of the ECHR. National courts will get access to the ECHR knowledge and the methodology of case management which will ensure the Convention-compliant adjudication.