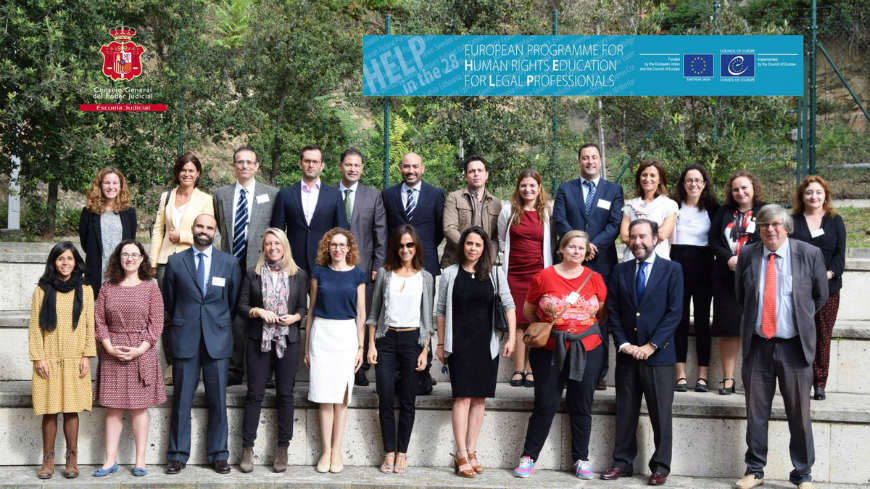 On October 17th, the Director of the Spanish Judiciary School Gema Espinosa and (former) president of the European Council of Bar Associations (CCBE) José María Davó jointly chaired the simultaneous launch of two HELP courses: Introduction to the European Convention on Human Rights (ECHR) and the European Court (ECtHR) and Admissibility criteria. While the first course is primarily addressed to judges, the latter one is highly relevant for lawyers.

Former CCBE President reminded that the number of pending cases in the ECtHR by end 2016 were 144 in the case of Spain, in contrast with 213 in Germany, 440 in France or 6.180 against Italy. In his view, this is mainly due to the lack of information about the functioning of the ECtHR.

On the other hand, around 90% of the cases filed to the ECtHR annually against Spain are declared inadmissible, and more than one third are rejected based on the Article 47 of the Rules of the Court or, as the tutor Marta Cabrera put it, “for not filling in properly the application form”. The HELP course aims at reversing this trend and increasing the chances of upholding human rights in well-grounded cases.

The course on Introduction to the ECHR and the ECtHR will in turn be compulsory for first-entry judges as of 2018, becoming part of the national curriculum.

Apart from the presentation of the Human Rights Education for Legal Professionals Programme (HELP)  of the Council of Europe, the joint session included an intervention of ECtHR practical tools by Carmen Morte and another one on the work of the EU Agency for Fundamental Rights (FRA) by Maria Amor Martin Estebanez.

October saw the launch of two other HELP courses on the topics of Data Protection and privacy rights (moderated by Juanjo Talens) and the Fight against racism, xenophobia, homophobia and transphobia. The launch of the latter course, tutored by School Deputy Director himself, Jorge Jimenez, proved highly timely in a sensitive political context and included a session on hate crime and hate speech by HELP focal point, Rafa Bustos, a brilliant Constitutionalist as well. It is noteworthy to remind that the Judiciary School is based in Barcelona, ensuring since 1997 that every Spanish judge lives one year of his professional career at the very heart of Catalonia.

Above-mentioned courses are to be added to the second editions, due to its high demand, of the HELP courses on Asylum (May) and Fight against falsification of medical products (June).

The generous support of the Spanish Judiciary School and Bar association allowed the launch of these courses, bridging the time between the end of the project “HELP in the 28” and the “HELP in the EU” which will start in December, both funded by the EU. 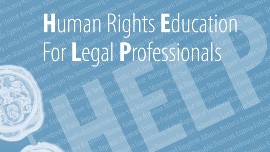