Rich discussions during the second meeting of the Council of Europe Drafting Committee on Migrant Women, 14-15 December 2020 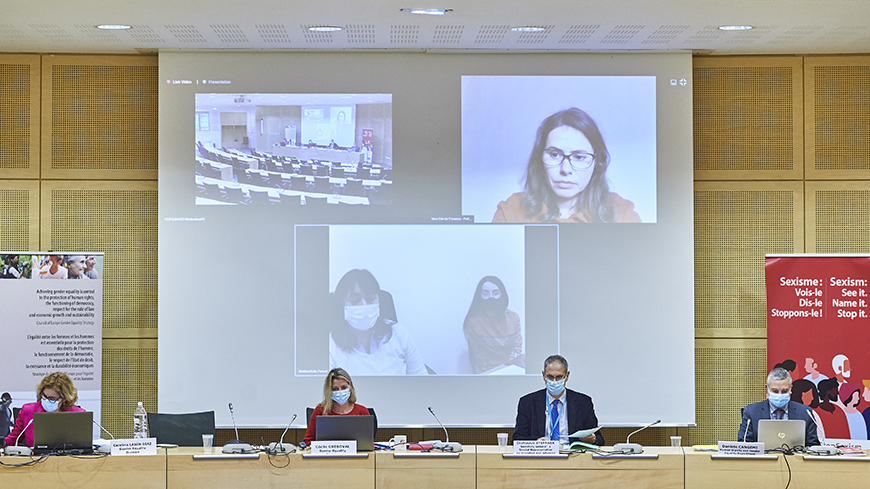 The Council of Europe’s Drafting Committee on Migrant Women (GEC-MIG) held its second meeting via videoconference on 14 and 15 December 2020. GEC-MIG, a subordinate body to the Gender Equality Commission (GEC), is tasked by the Committee of Ministers to draft a Recommendation on migrant and refugee women and girls. During this this meeting, GEC-MIG started its concrete drafting work on the preambular and operational paragraphs as well as on the structure of the appendix to the future recommendation.

GEC-MIG also heard contributions from experts on topics relevant to its work, including Ambassador Drahoslav Štefánek, Council of Europe Secretary General Special Representative on Migration and Refugees; Andreas Wissner, Representative of UNHCR to the European Institutions in Strasbourg; Petya Nestorova, Executive Secretary of the anti-trafficking convention and Sandra Johansson, Senior Gender Advisor, Save the Children. GEC-MIG will hold its third meeting on the 2nd and 3rd of March 2021.