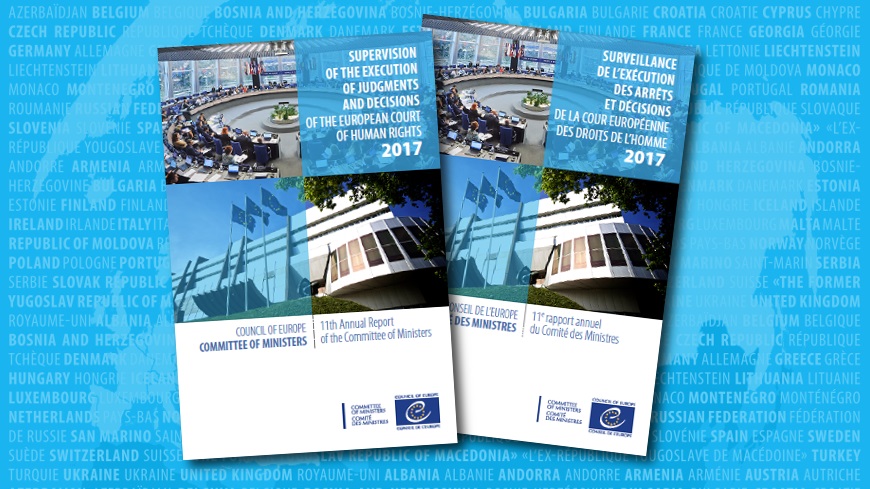 The Council of Europe’s Committee of Ministers, which supervises the implementation of the European Court of Human Rights' judgments, closed a record number of 3,691 cases last year, leading to a 24% decrease in the total number of outstanding cases.

There were 7,584 pending cases at the end of 2017, compared to around 11,000 cases three years earlier. 1,379 of the 7,584 cases pending at the end of last year were leading cases – highlighting important structural problems – whereas the others were mainly repetitive cases.

These are some of the main findings from the Committee of Ministers’ Annual Report for 2017 on its supervision of the execution of judgments and decisions of the European Court of Human Rights.

The report states that on-going reforms, improved cooperation with national authorities and changes to the policy for closing cases contributed to the high number of closures in 2017.

Significant progress was also noted in many States towards resolving often long-standing problems – including those related to the actions of the police and the security forces, the efficiency of the judiciary and poor conditions of detention.

Nevertheless, important challenges remain to make sure that reforms take place speedily and efficiently, to provide timely redress to applicants and to prevent repetitive cases. New complex problems are also constantly coming before the committee, such as those related to unresolved conflict zones in Europe.

Video on the supervision process (available in 30 languages)