EUROPE FROM TOWN TO TOWN

What is the Europe Prize? 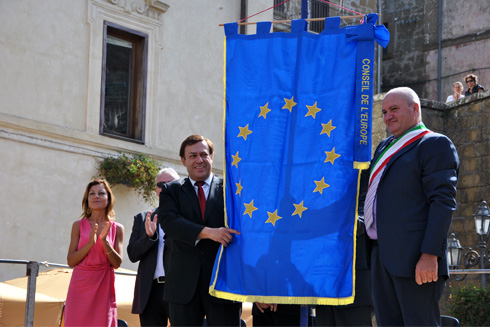 The Europe Prize was set up in 1955 by the Parliamentary Assembly of the Council of Europe in Strasbourg to reward municipalities which are particularly active in promoting  the European ideal.

The Prize recognises the efforts made by local authorities to champion the idea of Europe (by twinning their towns  with other European towns, and organising European events and exchange visits).

In order to apply for the Prize, municipalities must first apply for three other distinct awards in the following order: the European Diploma, the Flag of Honour and the Plaque of Honour.

To learn more about the Europe Prize, the prize-winning towns and the countries concerned, scan this :