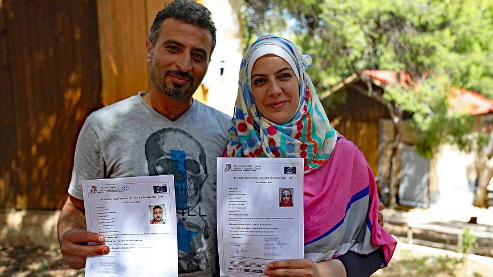 Countries are increasingly seeking practical solutions such as the European Qualifications Passport for Refugees (EQPR) to integrate refugees as quickly as possible into their communities. The need to find a way to enable refugees to have their qualifications assessed even when these cannot be adequately documented is strongly felt by refugees as well as by public authorities, employers, and higher education institutions. The European Qualifications Passport for Refugees provides a methodology for assessing refugees’ qualifications even when they cannot be fully documented, thereby supporting their further studies, employment and integration, as well as a format for describing the assessment.

Based on the Council of Europe/UNESCO Convention on the Recognition of qualifications concerning Higher Education in the European Region[1] (ETS 165; Lisbon Recognition Convention), Article VII and a specific Recommendation adopted by the Convention Committee on 14 November 2017, the EQPR is steadily gaining acceptance among authorities and higher education institutions. Partners include Ministries of Education of Greece, Italy and Norway, the Government of Flanders (Belgium) and the Governments of Georgia and Monaco as host countries and/or financial supporters as well as National Recognition centers from Armenia, Bosnia and Herzegovina, Canada, Croatia, France, Germany, Greece, Italy, the Netherlands, Norway, Portugal, Romania, Serbia and the United Kingdom.