ECML leads the celebration of the European Day of Languages 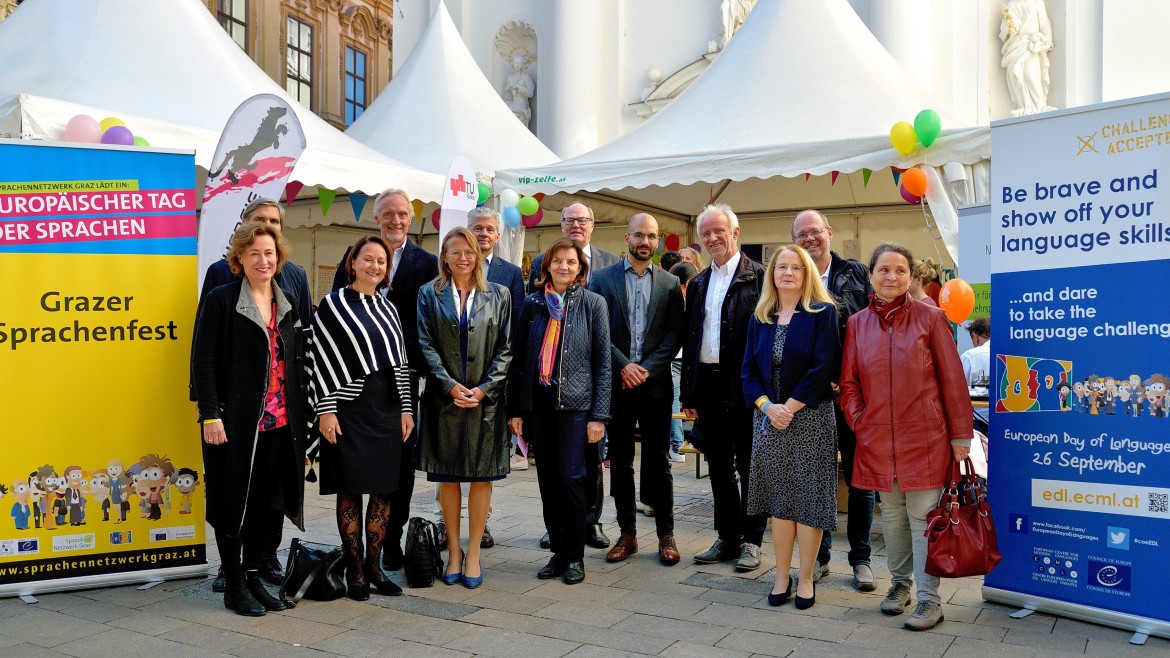 Copyright: cp-pictures. Sjur Bergan, Head of the CoE Education Department, and Sarah Breslin, ECML Executive Director, are photographed with the event organisers and official representatives of the Austrian city, regional and national authorities

The Council of Europe and the European Union established the European Day of Languages in 2001. The EDL is celebrated every day on September 26 all over Europe. For this year’s 20th anniversary edition, the European Centre for Modern Languages again took the lead, as one of the organizers, with Austrian partners, of the central EDL event in Graz. A diverse program celebrates various aspects of language learning and linguistic diversity.

At this year’s event, the keynote addressed was delivered by the Head of the Council of Europe Education Department, Sjur Bergan, who in his speech underlined the link between language, democracy and human rights; the speech (in German) is available here.