Winston Churchill and the Council of Europe

During the 1940s Winston Churchill was one of the main protagonists in a new regional organisation that was to become the Council of Europe. His speech to a crowd in Place Kléber, Strasbourg, on the occasion of the First session of the Consultative Assembly was a big media event. 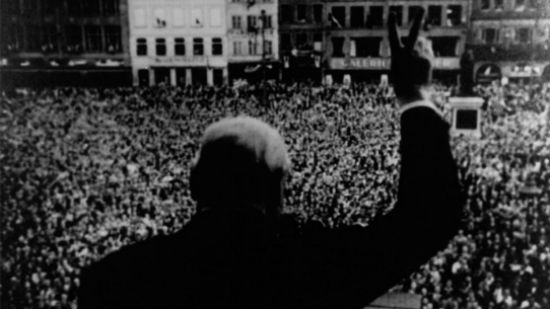 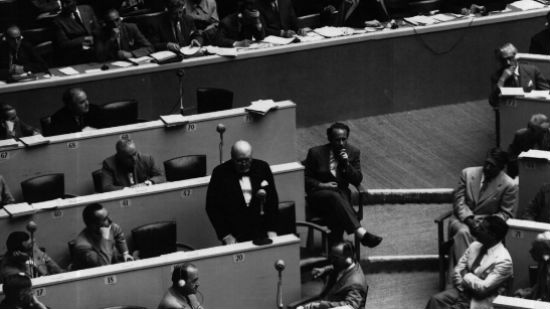 "We must build a kind of United States of Europe [...] the first practical step will be to form a Council of Europe."

"Since I spoke on this subject at Zurich in 1946 [...] events have carried our affair beyond our expectations [...] We aim at the eventual participation of all European peoples whose society and way of life are not in disaccord with a charter of human rights and the sincere expression of free democracy".

Winston Churchill attends the First session of the Consultative Assembly. He speaks on several occasions.

Transcript of speech made on 12 August 1949 [bilingual]

He tables a motion (Doc.47) on the creation of a European army. The text is adopted (Recommendation 52 (1950)). "This [...] was the most important decision yet taken by the Consultative Assembly. It reflected the state of disquiet which prevailed in Europe". (Spaak: "The continuing battle", p.217).

The Committee of Ministers replies (Resolution (50) 48) that defence matters do not fall within its competence.

The Secretary General congratulates Winston Churchill on his 90th birthday

Condolences from Pierre Pflimlin, President of the Assembly, to the UK Government

Condolences from the Secretary General to Lady Churchill

Secretary General Peter Smithers is asked about a memorial service

1939 War breaks out. Churchill is appointed First Lord of the Admiralty

1947 He founds the United Europe Movement in Britain

1953 Awarded the Nobel prize for literature

5 April 1955 He resigns as Prime Minister, but continues to sit in the Commons as a member of Parliament until 1964