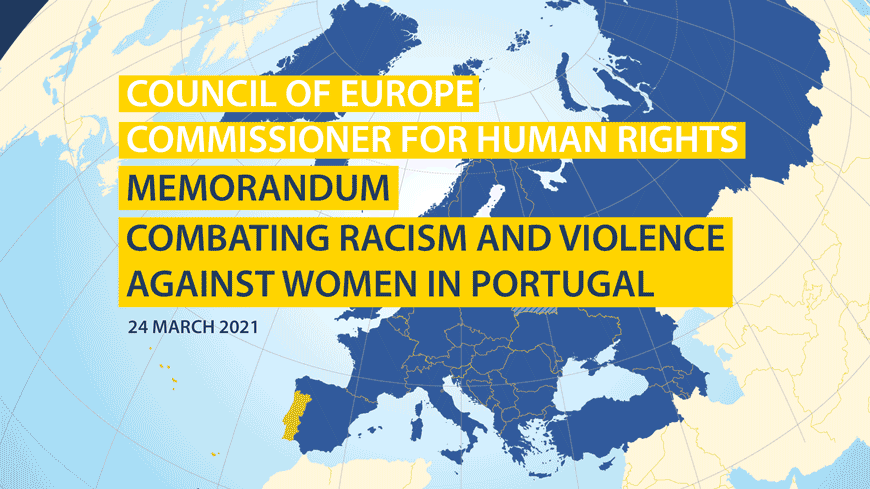 In a memorandum published today, the Council of Europe Commissioner for Human Rights, Dunja Mijatović, called on the authorities of Portugal to address more resolutely the increasing level of racism in the country, as well as to take additional steps to prevent and combat violence against women and domestic violence.