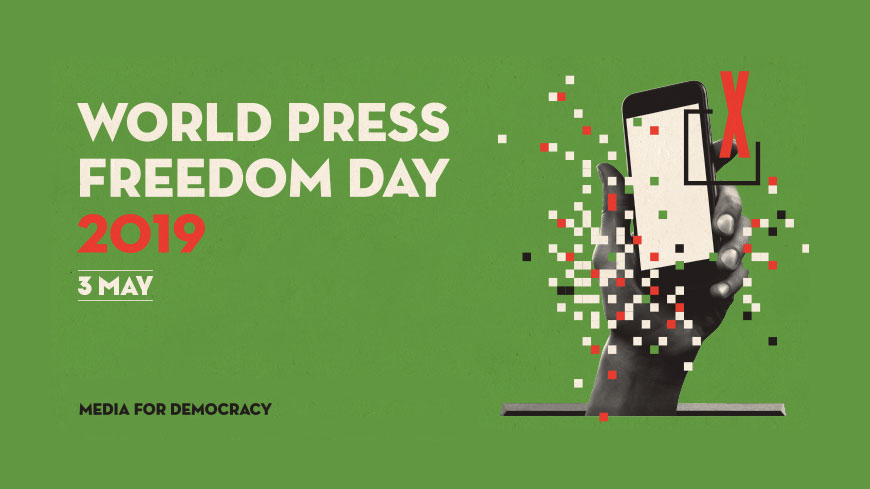 “The state of journalists’ freedom and safety in Europe has reached an alarming point. The killing of journalist Lyra McKee and the violence and intimidations against journalists covering demonstrations in several European countries are the most recent examples which show that press freedom in Europe is deteriorating”, said today Dunja Mijatović, Council of Europe Commissioner for Human Rights, ahead of World Press Freedom Day.

“Over the past decades, World Press Freedom Day has provided an occasion to reflect on the state of press freedom and promote free, diverse and safe journalism. The problems are therefore well known, as are the standards and actionable solutions available to State authorities to increase journalists’ safety and freedom.

Reversing the current worrying trend is more a question of political will than of means. Member states should fully implement the standards that they adhered to.

But, above all, it is crucial to change the current political discourse which very often portrays the press as an enemy. It cannot be stressed enough that political leaders, opinion makers and influencers bear the duty to avoid engaging in or promoting hostile speech and actions against journalists. They should protect the press as an asset of democracy, not hamper the work of journalists.

At stake here is not only the future of the press, but that of the democratic fabric of our societies. A free and safe press underpins democracy, the rule of law and human rights, which cannot exist without journalists who uncover abuses, inform citizens and hold those in power to account.

Protecting the press means safeguarding our freedoms and our rights. The less press freedom and diversity we have, the less democratic our society becomes. It is therefore high time that political leaders show more resolve in protecting the press.”