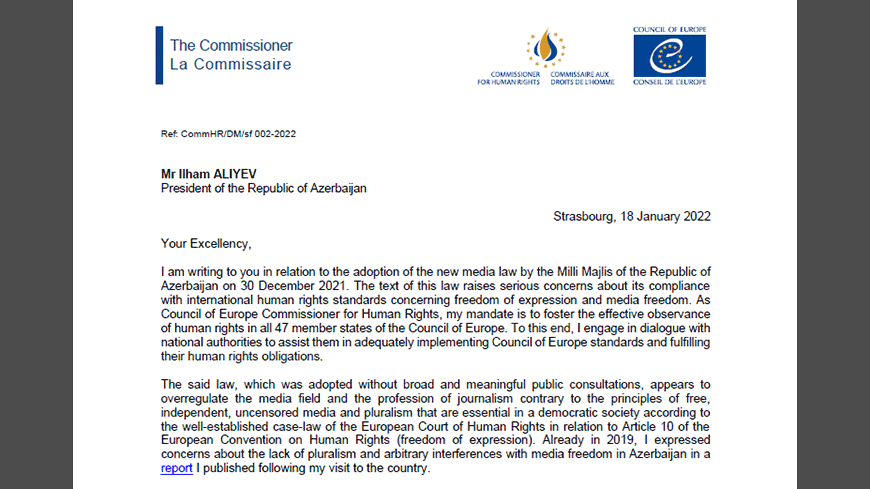 In a letter made public today, the Council of Europe Commissioner for Human Rights, Dunja Mijatović, invites the President of Azerbaijan, Mr Ilham Aliyev, to use his authority to return a recently adopted media law to the Milli Majlis to proceed to its substantial revision.

In her letter, the Commissioner raises serious concerns about the compliance of the new media law, which was adopted without broad and meaningful consultations by the Milli Majlis on 30 December 2021, with international human rights standards concerning freedom of expression and media freedom. The law appears to overregulate the media field and the profession of journalism, contrary to the principles of free, independent, uncensored media and pluralism.

“The newly adopted law further deteriorates the situation as concerns freedom of expression and media freedom in the country by granting discretionary powers to state authorities regulating the media sector, including through licensing, excessively restricting journalists’ work, and introducing several limitations to the financial, legal and operational activities of media companies and entities”, writes the Commissioner, stressing the need to bring the law in line with international and European standards on freedom of expression and media freedom.