The Srebrenica genocide marked one of the darkest pages of European history. If we want to write a brighter future, we must remember what happened and promote awareness and education about the Srebrenica genocide, and fight against genocide denial or distortion or falsification of that part of our history. We must acknowledge the suffering of the survivors and of the victims’ families. We must make their struggle for justice our goal.

Commemorative video about the Srebrenica genocide produced by Tarik Samarah
In just a few days in July 1995, 8372 Bosniaks, mainly men and boys, were brutally killed in and around the Bosnian city of Srebrenica. Nearly 30 000 women, children and elderly people were forcibly expelled in a massive ethnic cleansing campaign, making this event the biggest war crime to take place in Europe since the end of the Second World War.
In August 2001 the International Criminal Tribunal for the former Yugoslavia (ICTY) concluded that a crime of genocide was committed in Srebrenica. Ever since, the survivors and the victims’ families have been fighting to obtain justice and recognition.
The lack of full accountability for serious human rights violations committed during the 1990s wars in the former Yugoslavia is a serious impediment to the process of achieving justice and lasting reconciliation in the region. This situation disregards the rule of law, undermines public trust in the justice system, and paves the way for further human rights violations.
Establishing and recognising the truth is one of the most important components of any process to achieve justice. Denying genocide hinders justice, weakens society’s ability to detect the reemergence of discourse and acts that may lead to new atrocities and dehumanises the survivors and the victims, stripping them of both recognition and justice.
States have a legal duty to clarify the fate of missing persons, identify those found and provide the public with the relevant information. The identification of 7,000 of the victims of the Srebrenica genocide has been completed. The work continues to find new mass and clandestine graves in order to establish the fate of those who remain missing.
The provision of adequate, effective and proportionate reparation to all victims of war crimes is a major constituent element of the justice that should be delivered, in line with the established principles of international law.
An objective account of the genocide of Srebrenica should explain what happened, why and with which consequences. Genuine knowledge of history facilitates understanding, tolerance and trust between individuals, thus helping to build more cohesive societies. There is a need in the region for an open dialogue which avoids giving a one-sided interpretation of past events. 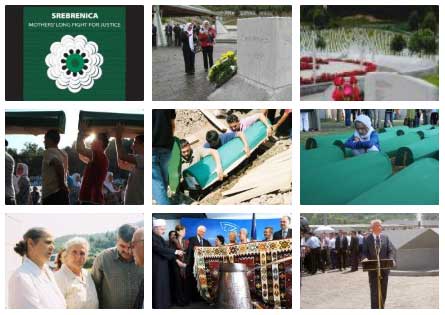