Without papers but not without rights: the basic social rights of irregular migrants 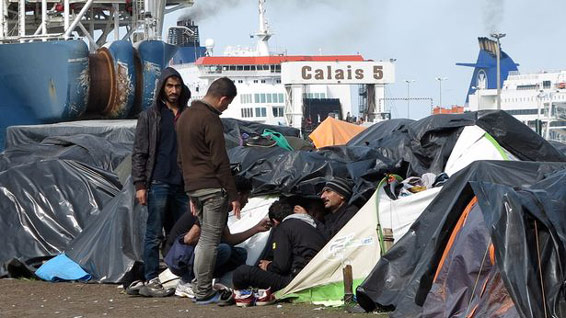 Refugee camp on the outskirts of Calais, France © Matt Sprake

Those who think that irregular migrants have no rights because they have no papers are wrong. Everyone is a holder of human rights regardless of their status. It is easy to understand that the prohibition of torture protects all people but we should also be aware of the fact that basic social rights are also universal, because their enjoyment constitutes a prerequisite for human dignity. Therefore, member states of the Council of Europe should stand by their obligations to protect the basic social rights of everyone under their jurisdiction, and this includes irregular migrants.

Barriers placed by states to the exercise of basic social rights

In my work, I have been confronted with too many situations where the social rights of irregular migrants have been deliberately denied by authorities, in contradiction with international and European law. In other countries where these rights are recognised in national legislation, practical obstacles to their exercise have unfortunately proved to be numerous.

The criminalisation of migration and repressive policies of detention and expulsions of foreigners seriously affect the protection of the basic social rights of irregular migrants, not least because they create a general climate of suspicion and rejection against irregular migrants among those who are supposed to provide social services. Migrants in an irregular situation are too often seen as cheats, liars, social benefits abusers or persons stealing the jobs of nationals. In such a context, law enforcement officials in charge of countering “illegal immigration” often have difficulties in recognising an irregular migrant as a victim of human rights violations and in need of protection. In some instances, the police are placed under official pressure to attain quantified targets of “repatriations” - I noted this to be the case until 2012 in France. This policy can be particularly harmful to irregular migrants’ access to social rights, because it forces them to live clandestinely and avoid contact with social assistance providers for fear of being arrested, detained or deported. According to a June 2015 study by the European Union Agency for Fundamental Rights, the main reason for victims of exploitation not reporting their cases to the police is the fear of having to leave the country.

The criminalisation of migration through establishing an “offence of solidarity” against those who try to assist migrants by providing minimum access to shelter, food and healthcare is another unacceptable measure taken by some states in recent years. To guarantee access to basic social rights for irregular migrants, basic service providers such as medical staff should never be placed under an obligation to report irregular migrants to law enforcement authorities.

Access to basic social rights can also be impeded by protracted situations of legal limbo such as that experienced by rejected asylum seekers who cannot be expelled in Denmark. I consider that in situations where return is impossible or particularly difficult, states should find solutions to authorise the relevant person to stay in the country under conditions which meet their basic social needs and respect their dignity.

As indicated in a recent study on the impact of the crisis on access to fundamental rights in the EU, undocumented migrants are among the groups disproportionately affected by austerity measures imposed in the field of healthcare. In Spain, access to healthcare for irregular migrants in most regions was significantly reduced in 2012, until the government recently decided to restore primary health care access, mainly because of the disastrous impact the restrictions had on the national healthcare system. It remains to be seen if the right to access to healthcare of irregular migrants will also improve in practice.

In some countries, restrictions on access to social rights rest, more or less explicitly, on immigration policies aimed at sending back irregular migrants, including by forcing them into destitution, in order to deter other would-be migrants from coming. States may be tempted to link access to some basic social rights to the residence status of the migrant. In the Netherlands, while the law grants irregular migrants access to emergency healthcare and education, the government has attempted to deny access to shelter, food and water. As noted in my report on the Netherlands, I could witness some of the difficulties experienced by irregular migrants due to this policy during a visit carried out to a disused church in The Hague in 2014, where some 65 irregular immigrants had taken shelter.

As unrestrictedly recognised in many international legal instruments, everyone has the right to an adequate standard of living, including adequate food, clothing and shelter. Under the European Social Charter, as emphasised by the European Committee of Social Rights, the minimum guarantees for the right to housing and emergency shelter apply to irregular migrants too. Shelter must be provided even when immigrants have been requested to leave the country and even though they may not require long-term accommodation. The Committee has pointed out that the right to shelter is closely connected to the human dignity of every person, regardless of their residence status. It has also stated that foreign nationals, whether residing lawfully or not in the country, are entitled to urgent medical assistance and such basic social assistance as is necessary to cope with an immediate state of need (accommodation, food, emergency care and clothing).

Protection from exploitation and human trafficking

Everyone, including irregular immigrants, should be protected from labour exploitation and trafficking in human beings in full compliance with Article 4 of the European Convention on Human Rights prohibiting slavery, forced labour and by extension human trafficking, and with the Council of Europe Convention on Action against Trafficking in Human Beings.

While in many European countries a residence permit can be granted to victims of trafficking or severe forms of exploitative work staying irregularly on the territory, too often, this applies only under the condition of co-operating with the police. In 20 country evaluation reports, the Group of Experts on action against trafficking in human beings (GRETA) has urged the authorities to ensure that in practice access to assistance for victims of trafficking is not made conditional on their co-operation in the investigation and criminal proceedings: Article 14 of the anti-trafficking Convention allows parties to make the issuing of a temporary residence permit conditional on co-operation and it seems that in some cases this blocks unconditional access to assistance for foreign victims.

States have an obligation to sanction employers exploiting the vulnerability of irregular migrants. From a human rights point of view, what matters most is not that a state fights against “illegal work”, but that irregular migrants are protected and compensated for the human rights violations they have suffered as a result of their exploitation. Foreign domestic workers, because of their isolation, are particularly vulnerable to this form of abuse.

Right to education of children in an irregular situation

Many international and European human rights standards, including the European Social Charter and the UN Convention on the Rights of the Child, require that access to education be ensured for children regardless of their immigration status. However, too often, schools or other administrative authorities place barriers to irregular migrant children’s right to education by unlawfully asking for documents such as birth certificates as a condition to enrol the child.

Measures to be taken by states

To create an environment favourable to ensuring irregular migrants’ access to inalienable basic social rights, states should not only refrain from criminalising migration but should go further: