Turkey should ensure immediate access to Cizre by independent observers 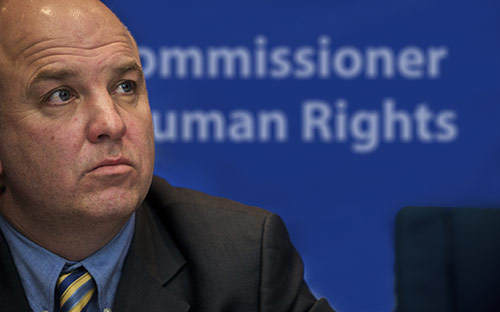 “I have been following with increasing alarm the escalation of violence in Turkey in recent weeks.

I am particularly concerned about very distressing information I have received on developments in Cizre, a city of around 100 000 inhabitants in the Şırnak Province in South-Eastern Turkey” said today the Commissioner in a statement. In the framework of anti-terror operations, a curfew was declared there on the 4th of September, reportedly for an unlimited period. I have received reports that public life, including essential services such as healthcare, and means of communication have been severely disrupted as a result, and that entry and exit from the city have been barred. More disturbingly, I have also received serious allegations of disproportionate use of force by security forces against civilians.

I do not put in question the right of the Turkish authorities to conduct anti-terror operations in a particularly difficult and violent context. However, the proportionality and legality of such operations must always be very carefully scrutinised by the authorities and by courts, including in the light of relevant international human rights standards. The current situation, which combines an exceptionally severe interference with the human rights of a very large population and a near-complete information blackout, is deeply worrying in this respect.

Thus far the information provided by the authorities does not allay all concerns. I urge the authorities to ensure immediate access to Cizre by independent observers, including by Turkey’s national human rights structures, in order to dispel the rumours of human rights violations perpetrated by security forces. I hope for a quick end to this emergency situation.”