To truly honour the victims of the Holocaust, let’s fight hate every day 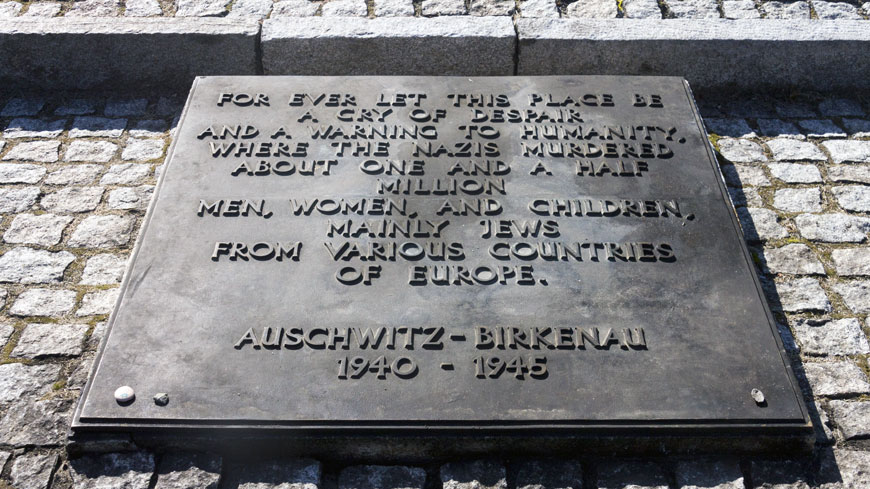 Annual commemorations will be held to remember the Holocaust in many countries on Monday. It is our collective duty to honour the millions of Jews murdered, along with many other victims, in one of the darkest pages of Europe’s history. And it is our duty to reflect on the significance of that tragedy for our own times and for the future.

This year’s International Day of commemoration marks 75 years since the liberation of the largest concentration camp and extermination centre, Auschwitz-Birkenau, where more than 1.1 million men, women and children lost their lives. Only 7,000 of the victims of that Nazi camp saw its liberation.

European countries have been building institutions to fight the evils that allowed such atrocities and have committed to the obligation to fight hate speech, hate crime and discrimination and to prevent genocide. Yet, that endeavour has not yielded the results we hoped for. Antisemitism, hate speech and hate crimes are again on the rise across our continent.

Now more than ever, we should remind ourselves that if left unopposed, all forms of hatred and dehumanising the “Other” will undermine democratic values and human rights and will feed violent extremism.

We cannot accept to live in societies where people fear for their safety and suffer discrimination and the denial of their rights on a daily basis for no other reason than their identity and convictions. State authorities, public personalities, the media, and all of us must condemn and confront antisemitic, xenophobic acts and other attempts to vilify the “Other”. State authorities must prosecute and sanction those responsible for hate crimes and hate speech.

Political leaders have the duty to prevent intolerance and hate speech from entering mainstream politics. I therefore call on the authorities of all member States to strengthen their efforts to fight Antisemitism and all forms of racism, xenophobia and intolerance. I call on them to invest more in education in order to help the current and future generations understand what happens when prejudice and hatred are allowed to thrive. I call on them to become more vocal, visible and effective against those who instil hate.

Remembrance days are important to pause and reflect. But the fight against hate is a challenge that must be met every day, not once a year. As the number of Holocaust survivors dwindles, we must take up their torch and make sure to keep their memory alive. Their tragic destiny must remain visible and guide us towards a more just and inclusive society, free from hate.