Time to debunk myths and prejudices about Roma migrants in Europe 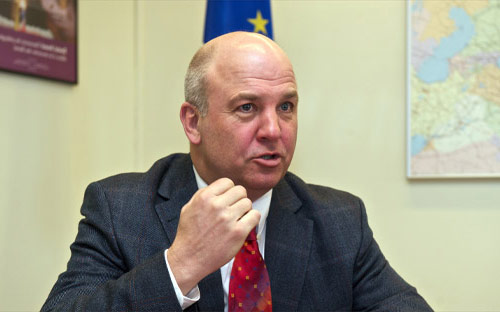 Political and media debates on Roma migration have become recurrent in several European countries.  Since the eastward expansion of the European Union in 2004 and 2007, and the lifting of employment restrictions regarding Romanian and Bulgarian citizens in a number of EU member states in 2014, fears of Roma migration have often triggered uninformed and inflammatory discourse.

No “invasion” by Roma

Media in the United Kingdom, Germany, Switzerland, Italy and other countries have often put forward unfounded figures about actual or potential arrivals of Roma. However, I found out that in some places, the number of Roma migrants has remained stable over the years. In France, for example, it is estimated that the number of Roma migrants is around 15-20 000, a stable figure since the beginning of the 2000s. Last year, during a visit to a Roma migrant settlement in Strasbourg, I was informed that the overall number of Roma there has remained at around  400 persons over the last few years.  Numbers might have been more variable elsewhere but, in general, there is no research-based evidence indicating that Roma form a larger share of those emigrating than their respective share of the population in their countries of origin. A 2013 study on Roma in Romania found that they were not more inclined to emigrate than non-Roma.

Roma migrants have often been depicted in political discourse and the media as abusing social welfare and refusing any form of integration in the host societies. However, these perceptions are not supported by facts.  In a 2013 study, the European Commission found that intra-EU migrants, which include Roma migrants, make a net contribution to their host countries, by paying more in taxes than they receive in benefits. Moreover, they are in general less likely to request assistance from unemployment services and to receive family and child-related benefits than their native born counterparts. Studies carried out in the UK (2014) and Sweden (2014) provided similar findings. During my 2015 visit to Germany, the German authorities also confirmed that migrants from central and Eastern European countries, including Roma, constituted a net fiscal benefit for the country. Importantly, the diversity of situations among Roma immigrants is often overlooked. Many Roma are working and have integrated well in their new host countries.

Why do Roma emigrate?

Research indicates that the motives for Roma to emigrate do not fundamentally differ from those of non-Roma: they look for employment, better living conditions and a better education for their children. However, Roma are exposed to a much higher degree of extreme poverty, discrimination and exclusion in their countries of origin. Romanian Roma immigrants in Spain and Italy surveyed as part of the Migrom research project reported that their main reason for migrating westward was to find a job to improve their housing conditions back home, including better-quality accommodation but also moving out of segregated settlements. Unfortunately, discrimination and rejection do not stop at the borders of the countries of origin of Roma migrants. In the countries of immigration, many are compelled to live in substandard and segregated conditions and face frequent and violent evictions by the police. The authorities in several countries are increasingly taking or discussing measures to criminalise the presence of Roma in public spaces, by enacting bans on begging or sleeping rough. I have criticised this approach in my recent reports on France and Norway. I also found that Roma children are sometimes denied enrolment in schools and that when they do attend school, frequent evictions seriously disrupt their education. Politicians in several countries have used aggressive and racist rhetoric regarding Roma migrants, turning them into scapegoats for a wide range of problems. The media in these countries have also disseminated stereotypes amounting at times to hate speech. This has in turn led to cases of mob violence against Roma, such as the lynching of a migrant Roma teenager in France in 2014 or violent attacks against Roma camps in Italy.

However, the presence of Roma migrants does not always necessarily turn into a major issue for public debate. This is the case for example in Spain, which hosts a significant number of Roma migrants and where violent forced evictions and hate crimes have rarely been reported.

I have also come across more positive ways of handling the situation of Roma migrants.  During my visit of May 2015 to Germany, for example, I was informed of positive local initiatives, such as an integration project for Roma migrant families in Duisburg. German local governments have intervened quickly to find housing solutions for Roma migrants at risk of homelessness, thereby preventing the emergence of shantytowns. In December 2014 I visited a site for Roma migrants in Strasbourg who had previously been living in shanty towns. The aim is to support them in finding adequate accommodation and employment by providing them with temporary accommodation in decent conditions. I also noted with interest the results of a UK study (2011) on school inclusion of migrant Roma children of Czech and Slovak origin who had previously been enrolled in remedial classes in these countries. The study showed that these children, to whom adequate support was provided in the UK, were not performing worse than their fellow students.

Many Roma have emigrated since the 1990s because of the armed conflicts in the Western Balkans, together with their fellow citizens from the region.  Roma have continued to leave the region years after the conflicts ended, notably from Kosovo[*], because of widespread hostility threatening their safety.  While many persons originating from Kosovo have in recent years been sent back because the situation was improving, Roma have sometimes been returned from several Western and Northern European countries without consideration of the fact that they would not be able to re-integrate there or that their safety would be at risk.

Several EU countries have included Western Balkan countries on their lists of “safe countries of origin”, and apply fast-track procedures to asylum-seekers originating from these countries, leading in most cases to protection refusals. Collective expulsions of entire groups of Roma migrants, which are prohibited under the European Convention on Human Rights, have been reported. However, Roma originating from such countries have at times been granted refugee status in EU member states on grounds of widespread discrimination in their countries of origin. In October 2014 the French authorities removed Kosovo from France’s list of safe countries of origin, on grounds that Kosovo could not offer adequate guarantees of protection against violence to some categories of the population.

Following the liberalisation of the visa regime between EU member states and five countries of the Western Balkans in 2009-2010, the number of citizens from these countries seeking asylum in EU member states has been on the rise. The fact that Roma have frequently been identified as forming the bulk of these asylum-seekers has led to attempts to prevent them from leaving their countries through ethnic profiling practices by law enforcement authorities at the borders and measures limiting their freedom of movement. Such measures include exit denials and passport confiscations. In 2013, I published an Issue Paper on the right to leave a country in which I criticised these measures which led to serious infringements of the human rights of the persons concerned.

What should be done?

No “invasion” of Roma migrants from Bulgaria and Romania has happened since the lifting of the employment restrictions regarding citizens from these countries in other EU member states. It is time that politicians and media stop playing on fears of massive inflows of migrants and stigmatising Roma in this context. They should instead use objective demographic and economic data. Racist rhetoric should be firmly condemned at the highest level and ethical journalism should be promoted. Journalists should also report on positive examples of integration among Roma migrants, so as to provide a more balanced picture of the situation.

More should be done to provide Roma migrants with effective support for durable solutions, based on existing good practices, instead of repressive measures and stigmatisation. Forced evictions with no accommodation alternatives should be stopped. They prevent any form of integration and have particularly negative consequences on children.

Discriminatory practices aimed at preventing Roma from leaving a country should stop as they are in violation of various fundamental rights, including the right to be free from discrimination and the right to seek asylum. It is also essential to continue to consider adequately the merits of all asylum applications on an individual basis.

[*]Throughout this text, all references to Kosovo, whether to the territory, institutions or population, shall be understood in full compliance with United Nations Security Council Resolution 1244 (1999) and without prejudice to the status of Kosovo.