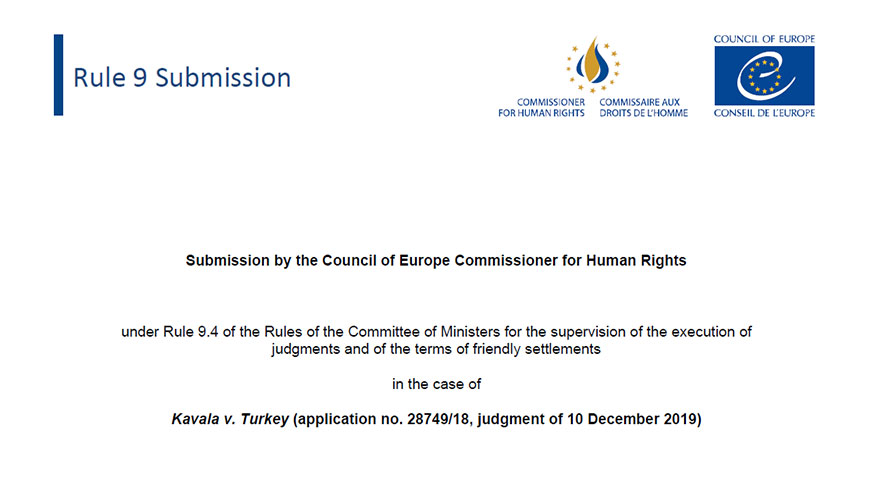 The Commissioner published today her submission to the Committee of Ministers in the context of the supervision of the execution of the judgment handed down by the European Court of Human Rights in the case of Kavala v. Turkey on 10 December 2019. This case relates to the detention of the applicant in violation of Articles 5 and 18 of the European Convention on Human Rights.