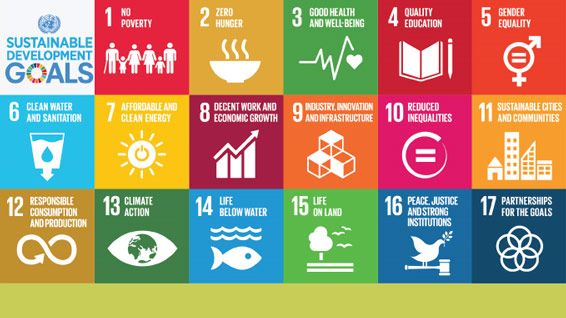 Most European countries have become accustomed to seeing the United Nations (UN) development agenda as being “for export”, as not directly relevant for Europe itself. However, the economic crisis and austerity have made this universal agenda topical on our continent as well. The 2030 Agenda for Sustainable Development, launched by a UN summit in New York on 25-27 September 2015, is aimed at ending poverty in all its forms everywhere. Its 17 Sustainable Development Goals comprise an ambitious blueprint for a world which leaves no one behind and is based on the universal respect for human rights. Europe should make this agenda its own to the benefit of the most vulnerable in our societies.

The 2030 Agenda for Sustainable Development (“the 2030 Agenda”) replaces the Millennium Development Goals (MDGs) which were agreed by governments in 2000 and will run their course at the end of this year. The eight MDGs set basic targets in the fields of extreme poverty, primary education, gender equality, child mortality, maternal health, disease prevention, environmental sustainability and global partnerships for development. The MDGs were mainly considered targets for developing countries, with funding provided by developed countries, including Europe. The main goal of halving extreme poverty was achieved.

In contrast, the 2030 Agenda is founded on universal implementation even though it recognises the principle of “common but differentiated responsibilities” which takes into account variations in national situations. The European governments and the EU are not simply viewed in their role as funders of official development assistance (ODA) but they are also expected to implement the agenda in their own countries. This is a major shift of emphasis and makes the 2030 Agenda directly relevant to Europe.

While the MDGs were not designed to tackle the root causes of poverty and inequality and made no direct reference to human rights, the 2030 Agenda takes a far more comprehensive approach. The new 17 Sustainable Development Goals (SDGs – also called “Global Goals”) and their 169 targets are not only aimed at eradicating poverty and hunger in all their forms but also “seek to realize the human rights of all and achieve gender equality”. A people-centred approach of the agenda aims to ensure that all human beings can fulfil their potential in dignity and equality echoing the Universal Declaration of Human Rights (UDHR). Sustainability of the planet, shared prosperity, peaceful, just and inclusive societies, and global partnerships for sustainable development are the other elements underpinning the SDGs.

The 2030 Agenda envisages “a world of universal respect for human rights and human dignity, the rule of law, justice, equality and non-discrimination”. It is explicitly grounded in the UDHR and international human rights treaties and emphasises the responsibilities of all states to respect, protect and promote human rights. There is a strong emphasis on the empowerment of women and of vulnerable groups such as children, young people, persons with disabilities, people living with HIV/AIDS, older persons, indigenous peoples, refugees, internally displaced persons and migrants.

Although the 2030 Agenda includes strong human rights language, especially in its preamble, it does not live up to the expectations of a fully rights-based approach. For example, in the final negotiations, the explicit reference to states’ responsibility to “fulfil” human rights was dropped and replaced by the word “promote”. The provisions on non-discrimination were also made less explicit even if the list of protected grounds remains open. The compromise was to revert to more general human rights language already spelled out in Articles 8 and 9 of the Rio+20 Conference Outcome Document of 2012 which established the link between sustainable development and human rights. It should also be noted that the SDG on inclusive and accountable societies and access to justice is not framed in terms of human rights even though most of its targets are essential for fulfilling civil and political rights.

The economic crisis and austerity measures have accentuated the relevance of the 2030 Agenda to Europe. Even within the EU, poverty is a fact of life. In 2013, 122.6 million people or 24.5% of the EU population were at risk of poverty and social exclusion. More than a third of the population was at risk in Bulgaria (48%), Romania (40.4%), Greece (35.7%), Latvia (35.1%) and Hungary (33.5%). Children were at greater risk of poverty or social exclusion than the rest of the population in most EU countries. The EU figure stood at 27.6% in 2013. In 2010, the EU committed itself of lifting at least 20 million people out of the risk of poverty or exclusion by 2020. Far more effort will be needed to meet the target as the current figures for the EU are still worse than those for 2008.

The 2030 Agenda is committed to promoting youth employment and decent work for all. Unemployment among young people (under 25) remains a major concern in Europe. In July 2015, 4.6 million young persons, or 20.4%, were unemployed in the EU. The highest rates were observed in Greece (51.8%), Spain (48.6%), Croatia (43.1%) and Italy (40.5%). Another revealing figure is that in 2013, 7.5 million young people in the EU were not in education, employment or training (NEET), nearly a million more than in 2008. Although unemployment figures have started to fall in the EU, it is still clear that young people continue to face serious challenges in their inclusion in the labour market.

Universal health coverage is among the goals of the 2030 Agenda. Austerity measures have resulted in substantial cuts in health services in many European countries. Public health care spending in Europe dived during the economic crisis while user charges went up. According to the OECD Health Statistics 2015, health care spending continued to shrink in Greece, Italy and Portugal in 2013 and most EU countries reported real per capita health spending below the levels of 2009.

People with disabilities, Roma and migrants

In addition to children and young people, there are other vulnerable groups in Europe whose right to sustainable development should be recognised. For example, the SDG to ensure inclusive and equitable quality education for all is especially relevant to people with disabilities, Roma and migrants. In many European countries, children with disabilities and Roma children continue to be educated separately although adequate support would enable their full integration into mainstream education. There are also too many immigrants who drop out from education early on.

In a previous Human Rights Comment, I pointed out that poverty, persistent discrimination and social marginalisation are the main underlying reasons for this inclusive education deficit, which needs to be reversed by determined and systematic action by all European states. It is notable that one of the SDGs is geared towards reducing inequalities within countries and at promoting the social, economic and political inclusion of all.

The 2030 Agenda recognises the positive contribution of migrants for inclusive growth and sustainable development. This is highly relevant in the current European context, with the influx of significant numbers of newcomers. It calls on full respect for the human rights and humane treatment of migrants, refugees and displaced persons while highlighting the need to meet the special needs of people living in areas affected by complex humanitarian emergencies. Europe must face its responsibilities towards migrants and refugees.  The SDGs aimed at combating climate change and conserving the environment can also have an impact in terms of migration and displacement.

Resources and the role of the private sector

It is naturally a big question how resources for the global implementation of the SDGs will be generated. While ODA will still be part of the picture, domestic resource mobilisation, technology transfers and multi-stakeholder partnerships will play a major role. The agreed Technology Facilitation Mechanism is an example of multi-stakeholder collaboration involving states, civil society, private sector, scientific community and the UN. It is very likely that the private sector will be increasingly involved in development activities.

The 2030 Agenda highlights the business sector and public-private partnerships in solving sustainable development challenges while paying attention to the protection of labour rights and environmental and health standards. ILO labour standards, the Convention on the Rights of the Child and the UN Guiding Principles on Business and Human Rights are referred to specifically. Further initiatives to clarify the respective human rights obligations of states and the business sector are on the way. The UN Human Rights Council has started a process towards a legally binding human rights instrument to regulate the activities of transnational corporations and other business enterprises. Another recent development is the adoption of national action plans on business and human rights by a growing number of countries in Europe and elsewhere.

The human rights relevance of the 2030 Agenda will also depend on the choice of concrete indicators for monitoring its implementation. Such indicators are being developed currently and a study carried out by the Danish Institute for Human Rights demonstrates that many of the proposed indicators are also useful for gauging the realisation of human rights. For example, disaggregated data on the percentage of population covered by social protection floors can be found among the indicators for eliminating poverty. The proportion of women and girls subjected to intimate partner violence is likely to become one of the indicators for gender equality. Unemployment rate by sex, age-group and disability, and percentage of NEET youth are useful indicators for employment and decent work for all. All of these indicators are relevant to Europe.

The follow-up and review of the new sustainable development agenda will take place at global, regional and national levels. Governments should acknowledge the human rights potential of this agenda and associate national human rights structures in its monitoring. European and international human rights mechanisms can help develop suitable indicators and provide data on the realisation of SDGs. The 2030 Agenda for Sustainable Development offers a unique opportunity to promote development approaches which also improve the respect, protection and fulfilment of human rights all over the world. The agenda should be fully implemented in Europe as well.