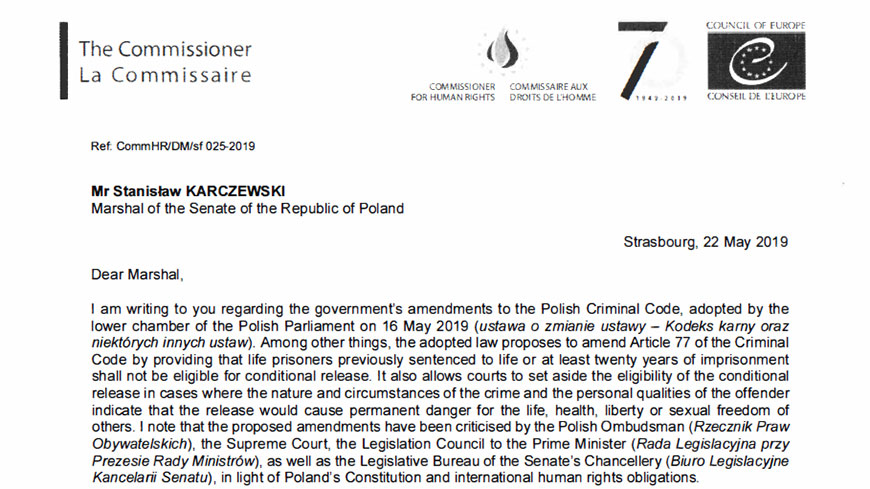 The Commissioner regrets that the Polish Sejm and Senate adopted last week amendments to the Criminal Code, despite the concerns she had raised with regard to these amendments in a letter of 22 May 2019 addressed to the Marshal of the Senate of Poland, Stanisław Karczewski, published today.

“The adopted changes deprive certain categories of life prisoners of eligibility for conditional release. Such a measure runs contrary to the case-law of the European Court of Human Rights. The Court has in fact established that life sentences must be reducible, that is, there has to be a prospect of the prisoner’s release and the possibility of a review of the sentence”, said the Commissioner.

In her letter, Commissioner Mijatović also raised concerns about the hurried enactment of the legislation and encouraged the Marshal of the Senate to organise a broader public debate in the Senate to carefully assess the impact of the legislation on human rights with the aim to ensuring its compatibility with the standards of the Council of Europe.