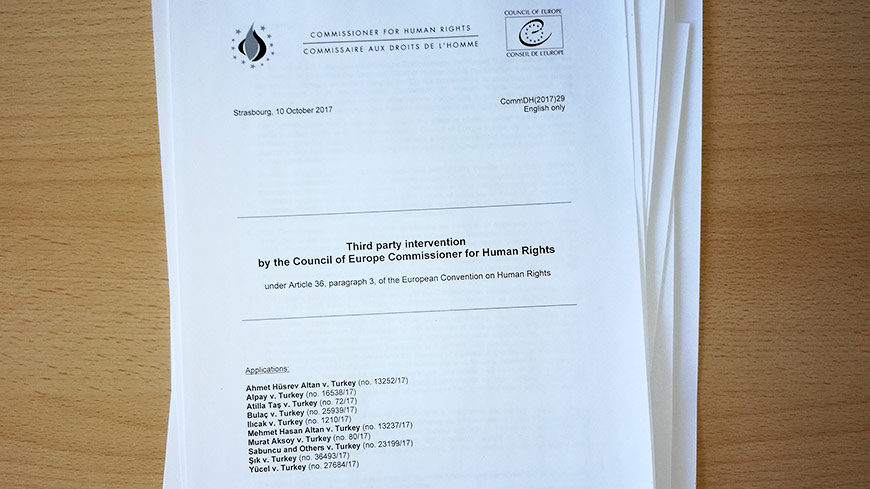 Today the Commissioner published his written observations submitted to the European Court of Human Rights concerning a group of ten applications relating to freedom of expression and right to liberty of journalists in Turkey.

Based on two visits carried out to Turkey in April and September 2016 and on his continuous monitoring work on this country, the Commissioner highlights the overly broad interpretation of the concepts of terrorist propaganda and support for a terrorist organisation - including to statements and persons that clearly do not incite violence – and details his concerns about the erosion of the independence and impartiality of the judiciary in Turkey. “Against this background, it is difficult not to see the recent detention and prosecution of numerous journalists as part of a broader pattern of repression against those expressing dissent or criticism of the authorities”, he concludes.