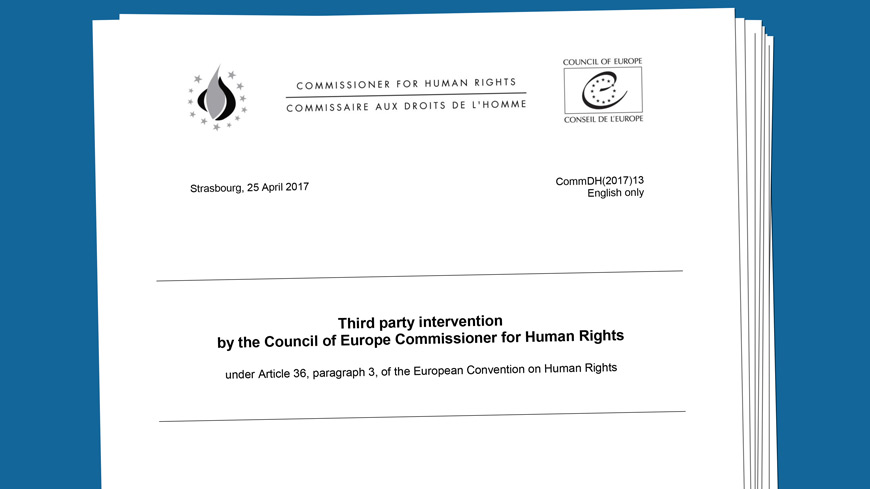 Today the Commissioner published his written observations submitted to the European Court of Human Rights concerning a group of 34 cases related to events which have occurred since August 2015 in the context of counter-terrorism operations and curfews in South-Eastern Turkey.

Based on two visits the Commissioner carried out to Turkey in April and September 2016 as well as on his continuous monitoring work on this country, the Commissioner’s written observations provide information about the general context of counter-terrorism operations and curfews and their impact on the local population in South-Eastern Turkey. The observations also address in more detail major issues of concern about the human rights implications of counter-terrorism operations, including the protection of the right to life; the lack of effective investigations and the problem of impunity; restrictions on relatives paying their last respects to their deceased family members; and undue interference with the work of human rights defenders.