States should invest more efforts in combating homophobia and transphobia 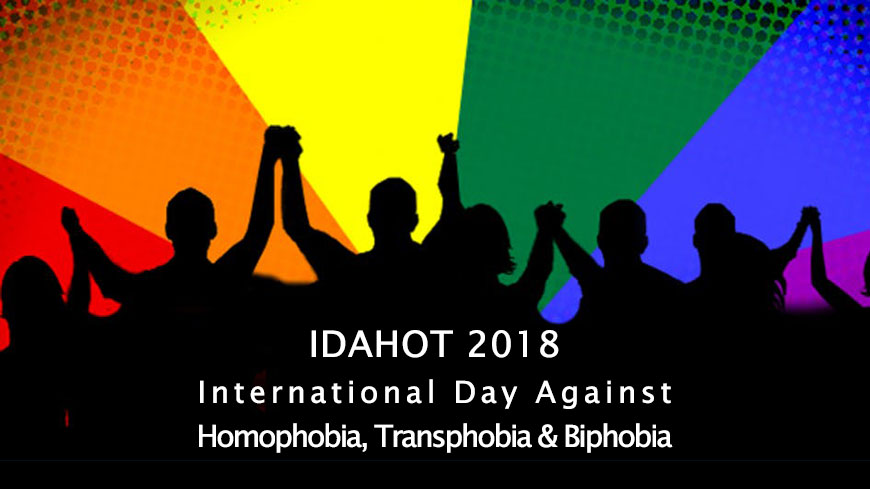 The past year has been a difficult one for gay, lesbian and transgender people in Europe. In 2017, there were shocking reports of targeted persecutions by law enforcement authorities on the basis of people’s (real or perceived) sexual orientation and gender identity. For example, in Chechnya, over 100 gay men (or men perceived to be gay) were arrested, detained or abducted between February and April 2017. They were reportedly held in unofficial places of detention and subjected to severe ill-treatment and humiliation. In Azerbaijan, some gay men and transgender persons were apprehended, pressed for bribes, beaten and subjected to forced medical examinations.

These are only two extreme examples of how far homophobia and transphobia can go. But the problem is disturbingly widespread. Sadly, in many European countries daily violent incidents continue to prevent people from living freely and safely, only because of prejudices against their sexual orientation and gender identity.

This situation must change and it must change now: state authorities have the duty to ensure that gay, lesbian, bisexual, transgender and intersex (LGBTI) people are treated on an equal footing with all other people. None of us can live and enjoy our rights and freedom if this right is not given to all of us.

I call on the national authorities of all Council of Europe member states to send an unequivocal message that they will not tolerate attacks against LGBTI people, including by investigating any violent incidents and prosecuting those responsible. They should invest more efforts in combating homophobia and transphobia in their societies.

All human beings are born with equal rights and equal dignity. LGBTI people do not claim new or additional rights. They are entitled to enjoy the same freedoms and protection as anyone else.

I stand together with the LGBTI community and the activists who fight every day for their human rights and for a life free from violence and discrimination. Despite the setbacks, there have been extraordinary gains and much progress in a short period of time. As Commissioner for Human Rights, I will continue to defend and promote equal rights for LGBTI people and I rely on the support and cooperation from all 47 Council of Europe states. Together, we can and should work toward making our societies more open, accepting and proud of human diversity.