Slovak Republic: the government should deliver justice to victims of forced sterilisation through a compensation mechanism 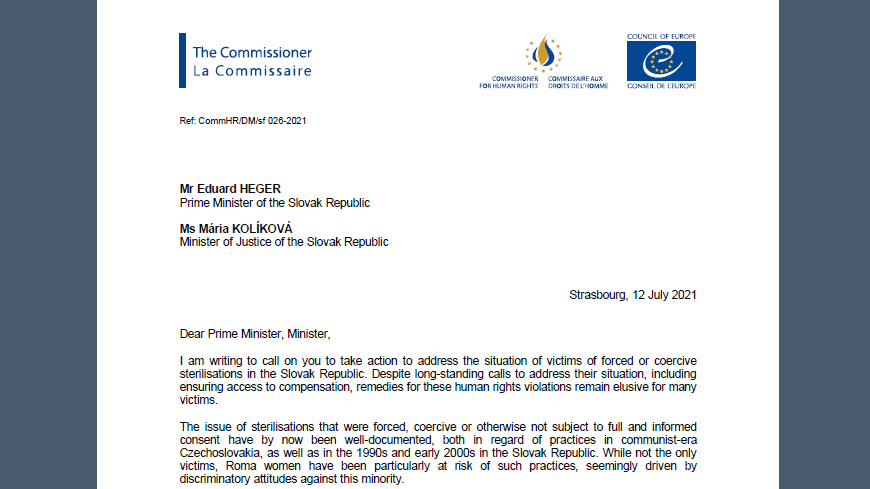 In a letter to the Prime Minister and the Minister of Justice of the Slovak Republic, published today, the Commissioner calls on the government to set up a mechanism to ensure prompt and effective access to reparations for victims of forced or coercive sterilisation.

This is a long-standing shortcoming that has still not been fully remedied. The Commissioner finds, in particular, that existing mechanisms, in the form of domestic civil claims, have not provided an effective means of redress for this serious human rights violation, owing to the many obstacles the victims face.

The Commissioner emphasises that neither apologies nor reparations can undo the harm inflicted on victims, both physically and mentally, and that such tangible steps would provide a measure of justice that has eluded victims for a long time. “Some victims have already passed away without receiving redress. Delivering justice can no longer wait”, says the Commissioner.