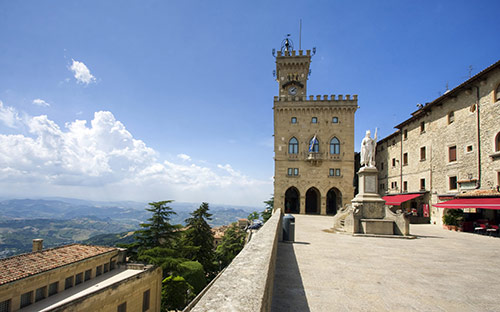 “San Marino has made progress in promoting human rights in recent years. More sustained action is now needed to ensure media freedom and increase gender equality” said today Nils Muižnieks, Council of Europe Commissioner for Human Rights, releasing a report based on his visit to the country from 9 to 10 June.

While recognising the measured approach Sammarinese courts developed in criminal law cases affecting freedom of expression, the Commissioner encourages the Sammarinese authorities to decriminalise defamation, deal with it through strictly proportionate civil sanctions only and introduce a more proportionate sanction for disclosing pre-trial information. The new law on publishing and the profession of media operators was adopted to meet legitimate concerns relating to the regulation of the journalistic profession and journalistic ethics. While this law contains a number of positive aspects, for example the increased protection of journalists’ sources, the Commissioner is concerned that the mechanism which will enforce the future code of ethics carries a risk of undue interference with media content, regardless of the content of that code. “The authorities should replace it with a less intrusive self-regulatory mechanism which ensures stronger protection of media freedom” he said.

Commending the progress made in combatting violence against women, the Commissioner recommends allocating adequate resources to the Authority for Equal Opportunities and ratifying the Council of Europe Istanbul Convention. He also encourages the authorities to continue paying special attention to foreign-national women, and in particular to private carers and domestic workers, in order to ensure that they have access to integration measures and adequate support against potential exploitation. “Decisive action should also be taken to address the gender gap in employment and political participation, along with measures to combat gender stereotypes from the earliest levels of education.”

Regarding reproductive rights, the Commissioner encourages the authorities to improve the currently very restrictive law on abortion. “The focus should be on preventing unwanted pregnancies, not on limiting women’s choices. At a minimum, the authorities should decriminalise abortions performed to preserve the physical and mental health of women, or in cases of fatal foetal abnormality, rape or incest. They should also publicly confirm that criminal sanctions would not apply in cases of abortions legally performed abroad.”

Important progress was achieved by San Marino in upholding the human rights of persons with disabilities, particularly with respect to its exemplary policy on inclusive education. Welcoming the adoption of a new framework law on inclusion in society, the Commissioner recommends supporting this law with a clear action plan and an adequate budget. At the same time, he urges a thorough review of the Sammarinese legal capacity legislation in the light of the United Nations Convention on the Rights of Persons with Disabilities. “The aim of this review should be to abolish without delay full incapacitation and plenary guardianship, including the attendant restriction of political rights, and to gradually phase out any substitute decision-making and replace it with supported decision-making alternatives based on consent.” He also encourages San Marino to support efforts to move towards fully community-based living arrangements and better fight against disability discrimination in the labour market.

Concerning the human rights of LGBTI persons, the Commissioner recommends ensuring legal recognition of a person’s gender in a quick, transparent and accessible way based on self-determination. He also recommends legislative amendments in order to ensure legal protection for same-sex couples, in the form of a civil union or registered partnership capable of providing for the core needs of a couple in a stable committed relationship. He also urges the authorities to ensure immediately that cohabiting same-sex couples are legally granted all the rights enjoyed by non-married cohabiting opposite-sex couples, including for stay permits. He further calls on the authorities to engage in awareness-raising activities for the promotion of respect and equality for LGBTI persons.