Reconciliation Stalled in the Western Balkans 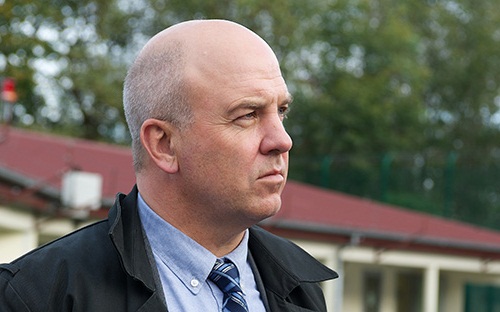 In March 2012 I travelled to Sarajevo with my predecessor for the launch of an Issue Paper on post-war justice and durable peace in the former Yugoslavia, followed by vivid discussions with political leaders and civil society representatives in Sarajevo, Zagreb, Belgrade and Ljubljana. This provided me with useful insights into the region’s political and social dynamics and prepared the ground for my work on transitional justice.

Now, after having visited all the countries of the Western Balkans, I am concerned that reconciliation has stalled and is being superceded by mounting ethnic divisions and polarisation in the region. These relate in particular to denial of genocide, glorification of war criminals and attempts to rehabilitate persons involved in crimes committed during the 1990s’ wars. What is more, divisions have been exacerbated by World War II- related historical revisionism, inflammatory discourse by certain political leaders, and persisting ethnic segregation in education.

It is high time for the region’s political leaders to work jointly to address issues of the past and to forge a common vision of the future. What follows are some of my reflections on where we stand today as concerns transitional justice issues and what remains to be done in order to move forward.

Establishing the truth about missing persons

States are legally bound to investigate serious human rights violations, including enforced disappearances, and to uphold the victims’ right to the truth. This obligation stems from the European Convention on Human Rights, as well as the International Convention for the Protection of All Persons from Enforced Disappearance.

Of the almost 40 000 persons who went missing during the 1990s’ wars, more than two thirds have been accounted for, an achievement that is unprecedented at a global level. However, the successful conclusion of this process is hindered by the lack of political will and by inadequate financial and human resources for exhumations and necessary forensic work. Moreover, with the passage of time potential witnesses who may provide information about mass graves die or are reluctant to testify. Several important mass graves have been found in recent years, including those in Tomašica and Korićani Cliffs, Bosnia and Herzegovina and in Rudnica, Serbia. Nonetheless, in the absence of a genuine political dialogue at the regional level and without the opening of all military and police archives that may hold important information about missing persons, there will be little or no progress in this area.

During my work in the region I have continuously reiterated that perpetrators of serious violations of international human rights and humanitarian law should be subject to effective investigation, prosecution and fair trial. Impunity encourages the committal and repetition of crimes, inflicts additional suffering on victims and has adverse effects on the rule of law and public trust in justice.

As the mandate of the International Criminal Tribunal for the former Yugoslavia (ICTY) comes to an end in December 2017, the ICTY’s pivotal role in ensuring accountability for serious human rights violations needs to be highlighted. Its legacy needs to be presented and explained to the public in the region in a non-biased, persuasive manner, including through education, while its vast evidence base and case-law should continue to be used in relevant domestic proceedings.

Some positive developments can be noted in the prosecution of war crimes at national level, such as advances in the prosecution of war-related crimes of sexual violence in Bosnia and Herzegovina. Nonetheless, the fight against impunity is moving far too slowly and a number of serious shortcomings persist. For example, in Serbia and Croatia criminal proceedings have so far only targeted low-level police and military officers. Erroneous application of relevant international standards has led to acquittals of war suspects in Montenegro. In Bosnia and Herzegovina the deadline set for the prosecution of the most complex war crimes cases has not been met, while more than 5 000 suspects are yet to be held to account. In Kosovo* the work on complex war crimes cases is a serious challenge for the domestic judiciary, given the number of structural problems in the justice system and very low levels of public trust in institutions. In “the former Yugoslav Republic of Macedonia” amnesties have been applied to cases of serious human rights violations contrary to international standards. Moreover, lack of effective protection of and support to witnesses and of regional co-operation in this context continue to be serious obstacles to the effective prosecution of wartime related crimes.

The 2005 UN Basic Principles and Guidelines on the Right to a Remedy and Reparation for Victims of Gross Violations of International Human Rights Law and Serious Violations of International Humanitarian Law (‘2005 UN Basic Principles and Guidelines’), and the 2011 Council of Europe Committee of Ministers Guidelines on eradicating impunity for serious human rights violations have urged states to provide  victims with adequate, prompt and effective reparations.

During my visits in the region I have met many civilian war victims. I have visited internally displaced persons (IDPs) and refugees in collective centres often living in substandard conditions. One of them was the Konik camp in Montenegro, which I visited in 2014, where hundreds of displaced Roma from Kosovo had lived for decades. In Bosnia and Herzegovina I met families of missing persons and admired their strength and determination to find out the truth about their loved ones. I have met ‘erased’ persons in Slovenia. I have been informed of many challenges facing victims of war-related crimes of sexual violence who due to lack of psychosocial assistance and untreated trauma struggle to rebuild their lives. Many of these victims feel that their governments are failing them. The authorities’ approach to reparations has been piecemeal and comprehensive reparation mechanisms have not yet been established.

However, some positive examples need to be highlighted, including the progress in addressing housing needs of IDPs and refugees, thanks also to the Regional Housing Programme with the involvement of the Council of Europe Development Bank. In Croatia a law providing for comprehensive reparations for the victims of war related crimes of sexual violence has been adopted. In co-operation with UNHCR, the region’s governments have made important steps in eradicating statelessness among Roma.

I have to stress that civil society organisations have been doing tremendous work in this field, stepping in where the authorities failed to fulfil their obligations. Notably, NGOs remain the main provider of legal aid and of psychosocial assistance to the most vulnerable victims.

States have a positive obligation – firmly entrenched in international human rights law – to tackle and eradicate school segregation. In spite of this, generations of children in Bosnia and Herzegovina, Croatia, Kosovo and “the former Yugoslav Republic of Macedonia” have been educated in ethnically segregated schools under the pretext of the protection of language and cultural rights of a certain ethnic group. In these communities children belonging to different ethnic groups only get to interact in high schools or universities when ethnic prejudices are already deeply entrenched in their minds and difficult to counter. The most egregious example is the ‘two schools under one roof’ in Bosnia and Herzegovina which persist despite a domestic court decision which found the system to be discriminatory and numerous recommendations to the authorities by human rights bodies in this regard. I am hopeful that students themselves can bring about the necessary changes, which was the case recently in the city of Jajce, Bosnia and Herzegovina, where student-led civic action led local authorities to abandon their plan to create yet another ethnically segregated school.

Despite progress much more remains to be done

In the last decade countries in the region made important steps to bring their legislation and practice in line with European and international standards. Legislative conditions have been created for the prosecution of wartime related crimes. These countries’ co-operation with the ICTY and the regional co-operation on the prosecution of war crimes have contributed to improved accountability for such crimes. Anti-discrimination laws and laws ensuring for better protection of minority rights have been adopted and strengthened. Some countries, such as Croatia, have adopted a human rights action plan.

However, the current signs of regression in the region risk compromising the progress made so far. In order to reverse these negative trends, drawing from the lessons of the past, all political actors need to put their short-term political goals aside and focus on strengthening social cohesion instead of amplifying ethnic divisions.

The resolution of pending cases of missing persons needs to be put high on the political agenda, while all war victims need to be provided with adequate, prompt and effective reparations.  Any legal provision which discriminates, directly or indirectly, against civilian war victims belonging to certain ethnic groups needs to be removed.

Full accountability for wartime related crimes must be ensured and regional co-operation in this field improved.

The work on creating conditions for the return of IDPs and refugees must go beyond the provision of adequate housing and encompass access to all economic and social rights.

Impunity for crimes motivated by hatred based on ethnic or other discriminatory grounds must be eradicated and public awareness-raising needs to be systematically undertaken by all states.

Last but not least, segregation along ethnic lines in education is unacceptable and has to be eradicated. States have to overhaul their educational systems and invest in schools in order to transmit to young generations the values of tolerance and diversity through human rights education, civics and objective history teaching.

* All reference to Kosovo, whether to the territory, institutions or population, in this text shall be understood in full compliance with United Nations Security Council Resolution 1244 (1999) and without prejudice to the status of Kosovo.