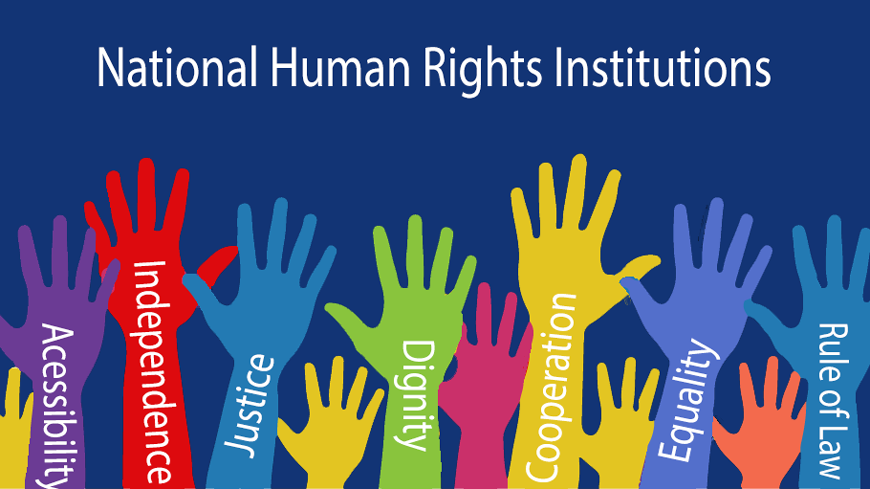 25 years after the international community first formally embraced the idea of creating national institutions for the promotion and protection of human rights through the endorsement of the Paris Principles, it is obvious that independent and effective national human rights institutions are every bit as important and relevant today.

On 20 December 1993, the UN General Assembly adopted resolution 48/134 on “National Institutions for the Promotion and Protection of Human Rights”, with an annex containing the Principles relating to the Status of National Institutions, better known as Paris Principles, in which it encouraged all states in the world to set up independent national human rights institutions (NHRIs). NHRIs are non-judicial, independent institutions created by states through their constitution or law, with the mandate to promote and protect human rights. States are free to decide the best type of NHRI for their domestic purposes. In Europe, the most common models are ombudsman institutions, human rights commissions, hybrid institutions (which combine several mandates, including that of equality body), and human rights institutes and centres.

The Paris Principles constitute a set of internationally recognised standards to assess the credibility, independence and effectiveness of NHRIs. To be fully effective, NHRIs should have a broad mandate to deal with all human rights; an inclusive and transparent selection and appointment process for their leadership; be independent both in law and in practice; have access to sufficient resources and staff; and co-operate effectively with national and international stakeholders.

NHRIs are uniquely placed to hold governments to account and advance human rights. As state-created and state-funded institutions, they enjoy special legitimacy and access to policy makers. At the same time, they are mandated to co-operate closely with civil society. They can thus act as a bridge between civil society and the authorities, while at the same time, being independent from both. As local actors, NHRIs have a deep understanding of the domestic context and can conduct persistent advocacy for change.

Not all NHRIs are fully effective and independent, but those that comply with the Paris Principles have become increasingly recognised as crucial actors within the global human rights framework.

Expansion and contribution of NHRIs in Europe

At the beginning of the 90’s, there were only a handful of NHRIs in Europe. The endorsement of the Paris Principles led to an impressive growth in the number of NHRIs. In 2018, there were 27 European NHRIs accredited by the Global Alliance of NHRIs (GANHRI) with an A status (fully compliant with the Paris Principles) and 11 with a B status (partially compliant).[1] While a large majority of European countries have an NHRI nowadays, a few still do not, such as Italy, Malta and Switzerland. Another significant step was the establishment of networks that enable peer-exchange and the representation of NHRIs, such as the European Network of NHRIs (ENNHRI) in 2013.

Regional and international organisations have actively encouraged and supported the establishment of NHRIs. In 1997, for example, the Committee of Ministers of the Council of Europe adopted Recommendation R(97)14 and Resolution R(97)11, inviting member states to establish effective NHRIs, and the Council of Europe to develop co-operation activities with them. Last month, the Committee of Ministers adopted Recommendation CM/Rec(2018)11 on “The need to strengthen the protection and promotion of the civil society space in Europe”, which recognises both the role of NHRIs in promoting and protecting an enabling environment for human rights, and the threats they face. The mandate of the Commissioner for Human Rights of the Council of Europe also foresees close co-operation with NHRIs, which I intend to continue, as demonstrated through the multiple consultations I held with NHRIs around country visits this year. I consider NHRIs as my natural counterparts at the national level, and as precious partners to monitor and promote human rights.

There is no doubt that strong, independent, and effective NHRIs are a pillar of democracy, the rule of law and respect for human rights. Their contribution to the promotion and protection of human rights in Europe over the past two decades has been immense, from encouraging the ratification of international treaties, to monitoring their daily implementation and encouraging states to address systemic violations.

NHRIs as backstop against attacks on democracy, rule of law and human rights

As Europe is going through a worrying backlash against human rights, with populism and nationalism on the rise, and attempts to weaken other watchdogs such as the judiciary and civil society, it is heartening to see that many NHRIs are rising to the challenge as champions for human rights.

NHRIs have provided critical assessments of policies and laws that undermine human rights, and explored innovative strategies in their work. The French Commission Nationale Consultative des Droits de l’Homme (CNCDH), for example, denounced abuses in the context of the state of emergency that followed terrorist attacks in France in 2015, in a difficult political environment and in the absence of public support. The Polish Ombudsman has actively defended freedom of assembly and has been a vocal critic of laws that increased political control over courts and key judicial institutions. The Croatian Ombudswoman has investigated the situation of migrants at the border with Bosnia and Herzegovina, and repeatedly notified the Croatian authorities of serious human rights violations committed by law enforcement officers. In Armenia, as protestors filled the streets in April 2018, the Human Rights Defender and his office worked around the clock to protect the right to liberty and security by visiting police stations and places of detention. The NHRIs in Scotland and Latvia have devoted significant attention to economic, cultural and social rights, including on the need to fight poverty and access to decent and affordable housing for all.

Realising the need to regain support from the public for human rights, NHRIs have started putting more emphasis on their awareness-raising mandate, using new methods of communication. The Scottish human rights commission, for example, has strived to reach new groups of people, notably through social media campaigns involving famous artists and producing videos, for example on the right to housing. The Georgian and Polish Ombudspersons conduct regular “town hall” meetings with inhabitants of regions located away from the capital cities. The Finnish NHRI was instrumental in promoting and enhancing human rights education in the regular school curriculum.

Several NHRIs have also stepped up their strategic litigation work before national courts, as well as regional courts and international mechanisms. For example, ENNHRI and NHRIs’ third party interventions at the European Court of Human Rights (ECtHR) can bring forward a national perspective and lead to impactful case-law. ENNHRI and individual NHRIs can also provide up-to-date information to the Committee of Ministers about the execution of the Court’s judgments.

Despite these positive examples, I observe with concern that several NHRIs in Europe have experienced blows to their independence and effective operations over the past few years. These attacks have taken several forms, from head-on criticism and threats, to more subtle damaging tactics.

In some cases, NHRIs have experienced drastic downsizing of their budgets or the addition of new functions without additional resources, with serious consequences for their ability to carry out their work effectively. While I understand that reducing the financial resources of public bodies is sometimes unavoidable in times of austerity, unjustified cuts targeting NHRIs can also reveal retaliation by the authorities. For instance, the budget of the Polish Ombudsman has been significantly reduced in recent years in spite of an increasing caseload. Similarly, unjustified changes of mandates that weaken an NHRI should raise alarm. Another way to weaken NHRIs is to deprive them of their very “raison-d’être”, that is access to policy makers and policy-making processes. In Croatia, the border police recently denied the Ombudswoman access to its files, in a clear violation of her investigative powers. In some countries, such as Serbia and Georgia, politicians have in the past made public statements criticising the heads of NHRIs.

The leadership of a NHRI is particularly important to protect its independence and ensure the relevance of its work. Nominating a weak head of institution can quickly and irremediably compromise its performance.

Maintaining independence and working on unpopular issues takes great strength and courage. The independent NHRIs that come under threat because of their human rights work can be considered as human rights defenders and should have access to effective protection mechanisms. ENNHRI has adopted a policy on NHRIs under threat, and I am determined to speak up to defend them whenever it can be helpful.

What is at stake with these attacks is the weakening of effective human rights protection for all in democratic societies. It is only when NHRIs are able to operate independently and efficiently that they can also offer adequate protection to individuals and other human rights defenders.

To all Council of Europe member states:

Independent and effective NHRIs are a jewel of the human rights system. They bring international human rights obligations home to make them a reality in people’s daily lives, and act as checks and balances to guard democracy and the rule of law. We need to protect NHRIs so that they can be strong and protect us all.