Malta must establish accountability for the murder of Daphne Caruana Galizia 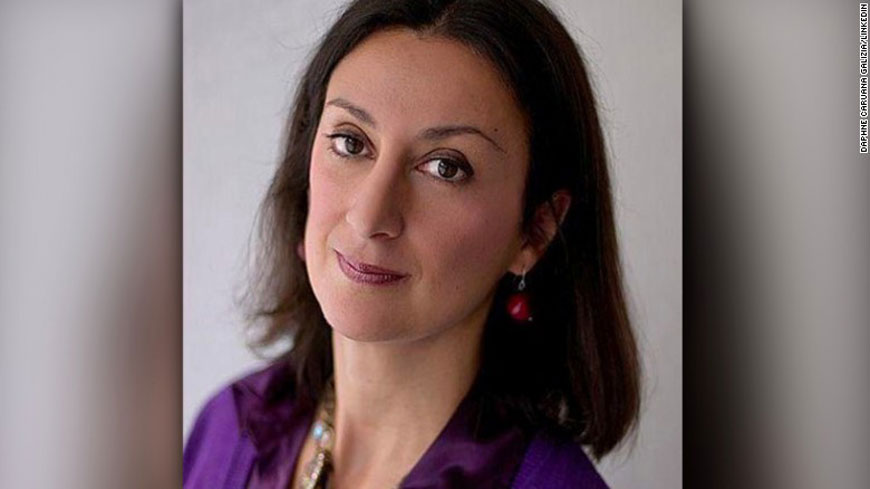 “The Government of Malta remains far behind in its obligation to ensure that investigations in the murder of Daphne Caruana Galizia are conducted in a prompt, effective, independent and impartial manner,” said today in a joint statement Dunja Mijatović, Council of Europe Commissioner for Human Rights, Harlem Désir, OSCE Representative on Freedom of the Media, David Kaye, UN Special Rapporteur on the Right to Freedom of Opinion and Expression, and Agnes Callamard, UN Special Rapporteur on extrajudicial, summary or arbitrary executions.

“Two years have passed. No convictions, no trials of ringleaders and masterminds. On the contrary, posthumous libel suits continue to target the family of Daphne Caruana Galizia and makeshift memorials of her are frequently removed. This only adds to the sorrow and pain of her family and loved ones.

To date, three men have been charged with the murder; after almost 20 months, they were finally ordered to stand trial. However, ending impunity requires holding accountable not only those who carried out the murder, but everyone complicit in it, including the masterminds behind it. Those masterminds remain unaccountable for now.

The tragic anniversary of her murder reminds us of the costs borne by journalists, particularly those who seek to hold the powerful to account. Investigative journalism embodies the central values of access to information and robust reporting and debate to democratic society. Journalism, as Daphne Caruana Galizia and countless others around the world have practiced it, is a service in the public interest. Attacks on journalists not only deny their right to life. They deny the public’s right to know.

On the anniversary of the murder of Daphne Caruana Galizia that shook people in Europe and beyond we urge the Government of Malta to uphold its obligations to respect and ensure freedom of expression and press freedom, and to investigate the murder of Daphne Caruana Galizia, in accordance with the standards of international human rights law, such as those of the International Covenant on Civil and Political Rights and of the European Convention on Human Rights.

We call on the authorities to do their utmost and to speed up the process of establishing accountability and shed the full light on this horrendous crime. This must become Malta’s top political priority.

The echo of the explosion that killed Daphne Caruana Galizia is still ringing in our memory with the ultimate question: When will justice be served, and bring a little comfort to her loved ones? The Government of Malta owes an answer to Daphne, her family, Maltese society and all journalists around the world.”