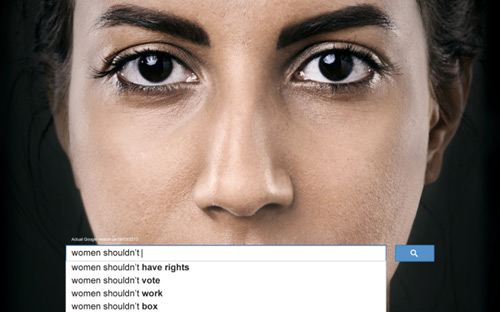 “Women’s Rights are Human Rights” said Hillary Clinton during the Fourth World Conference on Women in September 1995. As we celebrate International Women’s Day and the 20th anniversary of the Beijing Declaration and Platform for Action adopted at that Conference, I cannot but echo this statement and call on all Council of Europe member States to make gender equality and the fulfilment of women’s rights a reality and not just a promise.

Progress has been made in recent decades in a number of areas, in particular in establishing legislation and mechanisms prohibiting discrimination on the grounds of sex. Ambitious goals, including for the equal participation of women in political life, have also been set. However, full achievement of the human rights of women is still lagging in Europe.

It is particularly worrying to note in 2015 clear threats to women’s rights linked to the resurgence of reactionary trends targeting women who try to move out from the subordinated role in which they have been kept for centuries. Some would like to limit women to a role of mothers, giving birth and staying at home to rear children. It is therefore more than ever necessary to stand up for women’s rights, combat such stereotypes and raise awareness about gender equality, both in the family and in society. The Council of Europe Gender Equality Strategy 2014-2017 provides a road-map in this field, as one of its strategic objectives focuses on combating gender stereotypes and sexism.

Despite numerous international and national anti-discrimination legal instruments, discrimination on the grounds of sex remains widespread in today’s Europe. As stressed by the European Court of Human Rights in a recent judgment (case Emel Boyraz) on sex-based discrimination: “where a difference of treatment is based on sex, the margin of scope of appreciation afforded to the State is narrow […] Advancement of gender equality today is a major goal in Council of Europe member States and very weighty reasons would have to be put forward before such a difference of treatment could be regarded as compatible with the European Convention on Human Rights”. Let us not forget this.

I have observed in the course of my work that the economic crisis and ensuing austerity measures adopted in some European States have contributed to a regression in European women’s rights. Such policies have exacerbated gender inequality and discrimination by making cuts in public sector jobs and salaries (where female workers form the majority) and in the welfare system (on which more women than men rely). Disturbingly, in the countries concerned, I could see a feminisation of poverty and an increased risk of exploitation and human trafficking for women who were already overrepresented in low-paid and precarious jobs. States should react quickly and adopt measures halting this dangerous trend.

I am also worried at the intensification of hate speech against women in many European States, including on the Internet, which is characterised by threats of murder, sexual assault or rape. This form of hate speech targets prominent female politicians, journalists and human rights defenders but also ordinary women at work, in the street and at school. I call once more on Council of Europe member States to prohibit by law any advocacy of gender hatred that constitutes incitement to discrimination, hostility or violence.

If we do not combat discrimination and hate speech against women, we will never be able to eliminate violence against women, which is one of the most extreme forms of violation of women’s rights. Though cases of violence are largely underreported because of mistrust in State institutions and cultural and social taboos, there is no doubt that the number of women experiencing violence is a worrying one for the majority of European States, as also underscored by a recent study conducted by the European Union Fundamental Rights Agency concerning EU member states. To make things worse, the response of national authorities, including the police, prosecutors and judges, remains grossly inadequate in a great number of cases of violence against women.

Now is the time to act and to give new impetus to the spirit of the Beijing Declaration. As a first step, member States which have not yet done so should ratify the Council of Europe Convention on preventing and combating violence against women and domestic violence. This would not only give a clear signal that States are committed to uphold gender equality, but would also increase the chances to translate women’s rights into reality.