European countries’ migration and asylum policies have been disastrous 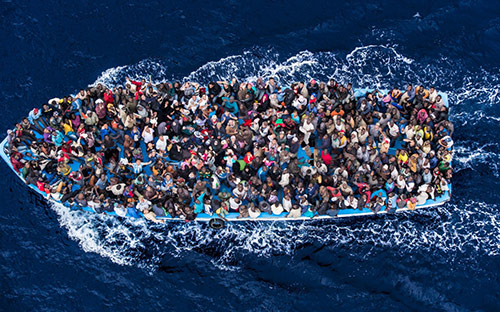 “Only this year more than 3 600 persons, many of them women and children, have lost their lives trying to reach safety and protection in Europe, fleeing war-torn or impoverished homelands. They were asylum seekers or migrants, but above all they were human beings who believed that their lives and dignity mattered to Europe. Europe has let them down and continues to do so. European countries’ handling of the arrivals of migrants and asylum-seekers has been simply disastrous. If their course of action is not changed, the values and principles enshrined in the Universal Declaration of Human Rights will lose any meaning“ said today the Commissioner on the occasion of international human rights day.

“In the last months European countries have faced the arrival of an unprecedented number of migrants and a sharp increase of asylum applications. This certainly has been a challenge to many countries, but the response adopted both by individual member states and by the EU has been by and large unsatisfactory from a human rights perspective. Some countries toughened their asylum and immigration legislation, sometimes making it a crime to entry and stay irregularly. Others have erected fences or detained migrants or asylum-seekers in prison-like structures. Cases of police violence and push-backs became more frequent and an increasingly vocal anti-immigrant rhetoric has permeated the public and political debate. This approach is wrong and causes unnecessary suffering to people, many of whom are children, who have already been through very traumatising experiences and taken perilous routes in search of protection.

We cannot tolerate this situation. European countries have to change approach and hold true to the values of solidarity and tolerance they have committed themselves to when they joined the Council of Europe. They have to understand that the situation of those trying to reach Europe today is not different from that of our fathers and mothers who, not long ago, were fleeing wars, persecution, torture or poverty. They have to design more humane policies which improve reception conditions, facilitate safe passage and access to asylum, and foster effective integration into the host societies.

We Europeans have to get this right. Otherwise, we will cause more suffering, betray our heritage, and forsake our identity as a continent of human rights.”