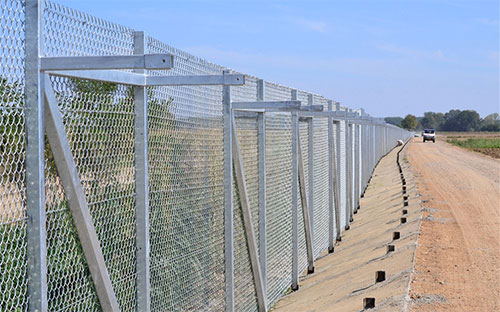 When over 300 migrants drowned last October in a shipwreck off the Italian island of Lampedusa, I was among those who hoped that their tragic destiny would be a wake-up call for European countries and would change the way they deal with migration. Until then, in fact, Europe had mainly concentrated its efforts on making it harder for migrants to reach the continent. Frontex, the EU border control agency, had been active in reinforcing fortress Europe and the police of some EU member states have been engaged, inter alia, in collective expulsion (“push-back”) operations in violation of international norms.

Has anything changed since then? Very little.The public in some European countries may have paused and reflected for a short while over the tragic fate of these people, but as recent elections show, populist parties built their success in the EU and national parliaments by exploiting anti-immigration feelings. Some hopes were raised by the change of attitude in Rome where Mare Nostrum operations launched by the Italian authorities helped save thousands of migrants. However, recent tragedies proved that these hopes were misplaced.

Just a few days ago, in fact, more than 700 people died in two shipwrecks near Malta and off the coast of Libya. Stories told by the few survivors are dreadful. Will they, this time, bring a change in Europe? I doubt it. Behind the façade of unity shown in European organisations, countries are unwilling to share responsibilities and embrace solidarity. Today’s regulations and practices allow the majority of European countries to leave the challenges of dealing with the influx of migrants to the few countries which are at the borders of Europe.

Take the cases of Turkey and Bulgaria. I went there last December in the midst of a steep increase of arrivals of asylum-seekers and refugees, mainly as a consequence of the war in Syria. Turkey alone was hosting ten times more Syrian refugees than all other 46 Council of Europe member states. And yet, very little help has been provided to alleviate its efforts.
Bulgaria, a country generally not particularly exposed to migration flows, saw a five fold increase of asylum-seekers in 2013 compared to the previous year. The authorities were clearly unprepared to provide decent reception but almost all EU countries continued doing business as usual, using the unfair “Dublin Regulation” to send back to Sofia those asylum-seekers who managed to reach other European countries.

Greece, Italy, Malta and Spain have not been more successful in their requests for European support.

More worryingly, the EU has continued along the path of externalising border controls. Before the Arab Spring, countries with weak or no democracy were being funded to keep migrants away from European coasts. Today, the EU pressures third countries, in particular in the Balkans, to reduce the number of their citizens applying for asylum in the EU under the penalty of restoring mandatory visa requirements. This has led to the adoption of unlawful measures such as ethnic profiling at border crossing points, sanctions on carriers which do not carry out police work, confiscation of travel documents, and push-backs.

However hard the EU tries to become unattractive to migrants, it will not be able to prevent them from coming. A different approach is therefore needed, where the focus is no longer solely on security concerns but also on human rights. To promote this change, a mix of short and long-term measures is needed. European countries will have to provide more legal and safe avenues to those migrants who seek protection, sharing the responsibility of receiving and protecting them.

They will also have to engage more forcefully in external programmes to improve the human rights situation in the countries of migrants’ origin. But arguably the most pressing challenge is to address a fearful public opinion. Political leaders and opinion makers will have to confront these fears from a principled standpoint, stressing the values and principles that have defined a certain idea of Europe built on tolerance, acceptance and solidarity.