Commissioner urges the UK to initiate an independent, judge-led inquiry into counterterrorism abuses 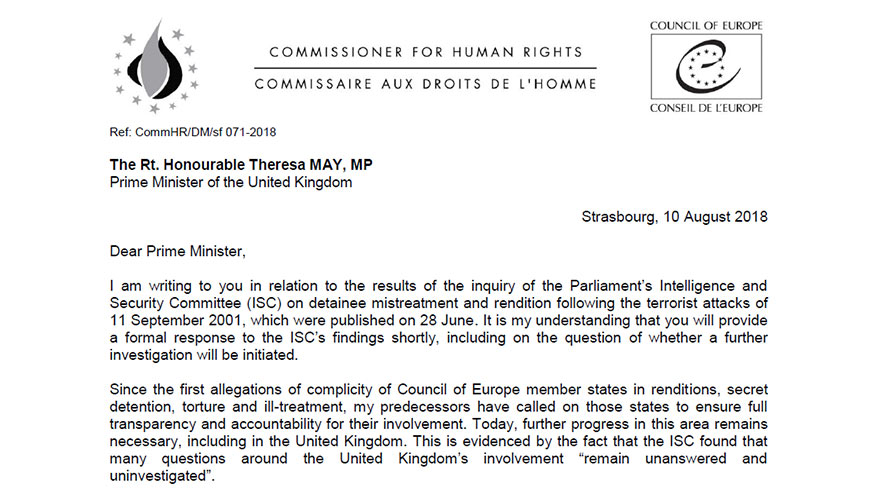 Today the Commissioner published a letter she addressed to the Prime Minister of the United Kingdom, Theresa May, in which she urges the UK Government to initiate a judge-led inquiry on detainee mistreatment and rendition following the terrorist attacks of 11 September 2001.

The letter follows up to the results of the inquiry of the Parliament’s Intelligence and Security Committee (ISC), published on 28 June, which indicated that many questions around the United Kingdom’s involvement in cases of secret detention, torture and ill-treatment during the CIA-led war on terror “remain unanswered and uninvestigated”.

“I believe that agreeing to such an inquiry would be a very constructive step for the United Kingdom, and for the protection of human rights while countering terrorism in Europe more generally”, writes the Commissioner. “A new and full inquiry can ensure all necessary lessons of the past are learned. It would also send out a positive signal to other Council of Europe member states facing similar challenges, a number of which are also still to provide a full account of their involvement in rendition and secret detention programmes in the post-9/11 era.”