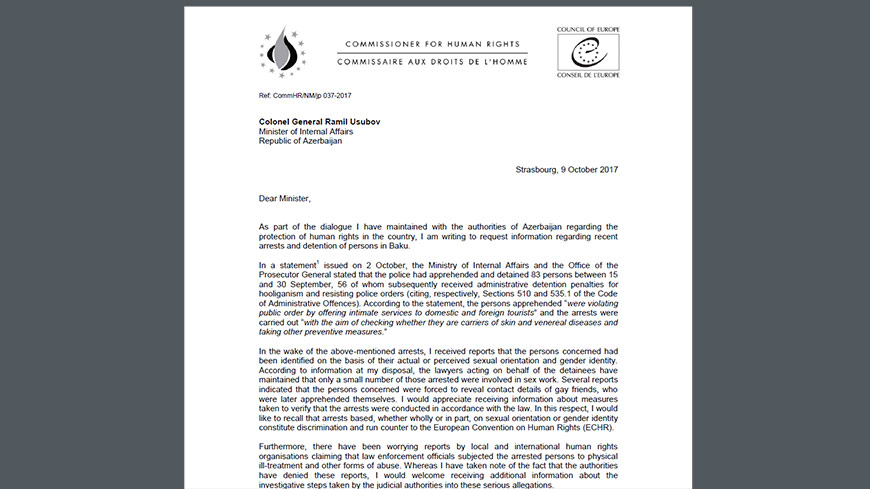 Today the Commissioner published a letter sent on 9 October to Ramil Usubov, Minister of Internal Affairs of Azerbaijan, in which he calls for thorough investigations into serious allegations of human rights violations of LGBT persons recently arrested and detained in Baku.

“Arrests based wholly or in part on sexual orientation or gender identity constitute discrimination and run counter to the European Convention on Human Rights”, underscores the Commissioner while requesting information on measures taken to verify the lawfulness of the arrests and to investigate the allegations of physical ill-treatment and other forms of abuse, including forced medical examination, by law enforcement officials.

The Commissioner further requests the authorities to provide information of measures taken to counter discourse by officials, politicians and local media outlets that fuels hate and violence against LGBT persons.