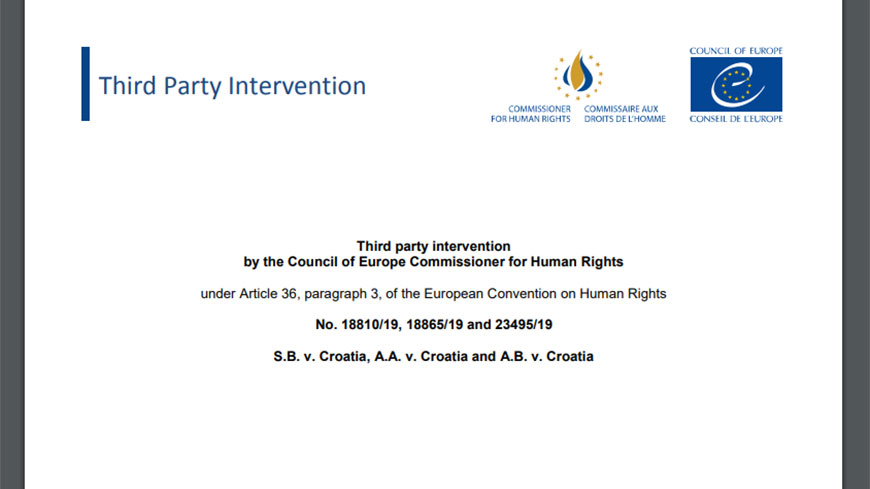 The Commissioner published today her written observations to the European Court of Human Rights concerning the cases of three Syrian applicants summarily returned from Croatia to Bosnia and Herzegovina.

The Commissioner stresses that all the information available points to the existence of an established practice of collective returns of migrants from Croatia to Bosnia and Herzegovina, which are carried out outside of any formal procedure and without identifying the persons concerned or assessing their individual situation.

Based on her own observations and numerous consistent and credible reports, the Commissioner also points to widespread ill-treatment of migrants by Croatian law enforcement officers in the context of collective returns and to a lack of prompt, effective and independent investigation of such treatment, as a result of which law enforcement officers continue to enjoy impunity.

The Commissioner concludes by underscoring that such practices also fail to have due regard for the individual implications of returning a person to Bosnia and Herzegovina, especially in view of the long-standing and serious structural problems there in the field of migration and asylum, which have had dramatic humanitarian consequences for thousands of migrants and asylum seekers.