Bulgaria: improve protection from violence against women and domestic violence 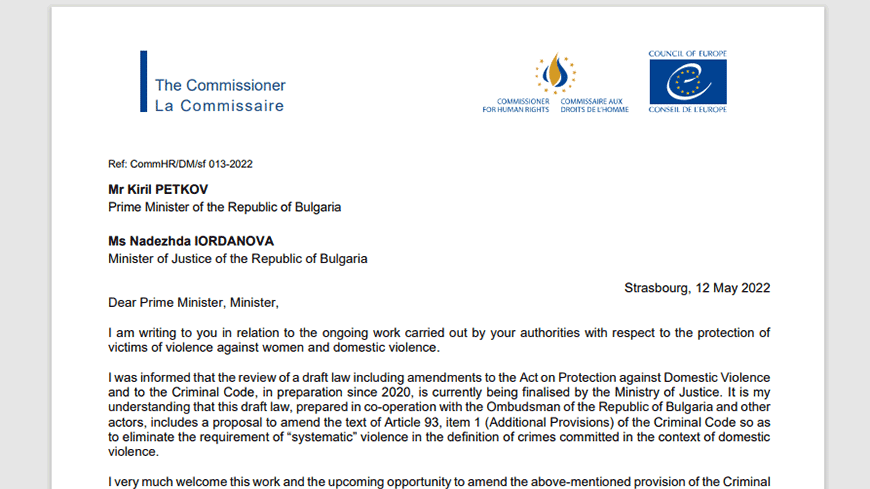 In a letter addressed to the Prime Minister and the Minister of Justice of Bulgaria published today, Commissioner Mijatović calls on the Bulgarian authorities to improve the legal and institutional protection of victims of violence against women and domestic violence.

In addition, the Commissioner reiterates her previous recommendations to the Bulgarian authorities to urgently address the severe lack of support services for victims of domestic violence and to take further measures to promote equality between women and men, including through awareness raising, training and education to fight sexist prejudices.