Azerbaijan should ease the pressure on free speech, improve the situation of lawyers and continue to work towards better livelihood opportunities for IDPs 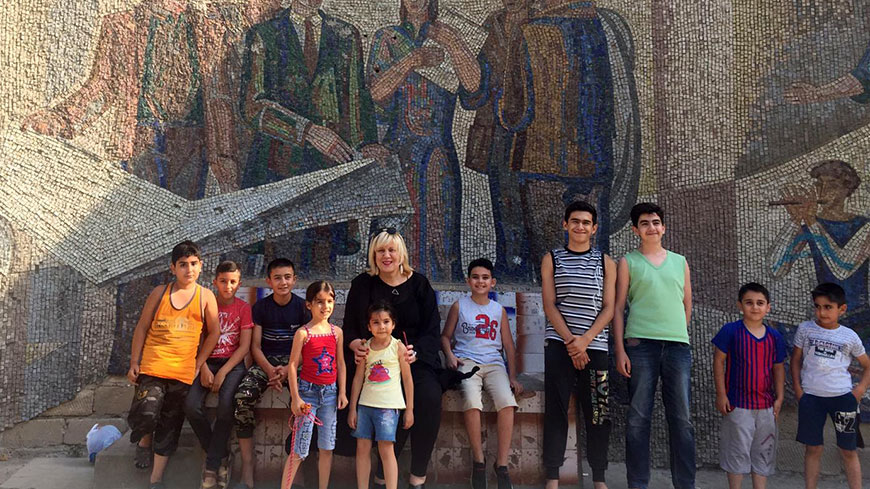 “Freedom of expression in Azerbaijan continues to be under threat” said Dunja Mijatović, Council of Europe Commissioner for Human Rights, at the end of a four-day visit to Azerbaijan. Recalling the European Court of Human Rights’ judgments stressing a troubling pattern of arbitrary arrest and detention of government critics, civil society activists and human rights defenders through retaliatory prosecutions and misuse of criminal law in defiance of the rule of law, the Commissioner highlighted that “releasing all persons who are in detention because of the views they expressed should remain a priority.” She also reiterated her call to decriminalise defamation.

In addition, the Commissioner raised with the authorities the issue of travel bans imposed on journalists, lawyers, political activists and human rights defenders, some of which have been found in violation of the European Convention on Human Rights. “The authorities should refrain from resorting to the disproportionate practice of imposing travel bans arbitrarily and lift immediately those which are in contradiction with the right to leave the country.”

The Commissioner was informed of the Presidential Decree of 3 April 2019 providing for legislative, institutional and practical reforms in the justice system, which should lead to an improved access to justice. “In addition to these reforms, the government should step up its efforts to address effectively the shortage of lawyers in the country, in particular in the regions, including by ensuring that admission to the Bar Association is based on a transparent qualification process and objective criteria” she pointed out.

Stressing that the freedom of expression of lawyers is related to the independence of the legal profession, the Commissioner noted with concern a number of interferences with lawyers’ freedom of expression, including through the opening of disciplinary proceedings. “Lawyers should comply with ethical standards and be able to engage in professional activities without fear of retaliation” the Commissioner said.

The Commissioner also looked at the situation of internally displaced persons (IDPs). Azerbaijan has a significant population of IDPs as a consequence of the unresolved conflict in the Nagorno-Karabakh region and the seven adjacent districts. The Commissioner commends important steps taken by the authorities to address human rights issues of IDPs, notably by providing durable housing. While in Baku, the Commissioner visited a newly constructed settlement in the Sabunchu district, as well as the old dormitories of the Technical University in the Yasamal district, where she could talk to a number of IDPs: “many people have expressed their wish to return to their homes; however, in the meantime it is important to ensure that livelihood opportunities are provided.”

In this regard, the Commissioner wishes to reiterate the importance of finally reaching a peaceful settlement of the unresolved conflict in and around the Nagorno-Karabakh region, so that those IDPs who wish to return there may do so on a voluntary basis, in safety and dignity.

During her visit from 9 to 12 July, the Commissioner met with the authorities, including the Minister of Foreign Affairs, Elmar Mammadyarov, the Minister of Justice, Fikrat Mammadov, the Minister of Internal Affairs, Vilayat Eyvazov, the Head of the Department of Foreign Policy Affairs in the Presidential Administration, Hikmat Hajiyev, the Prosecutor General, Zakir Garalov, the President of the Supreme Court, Ramiz Rzayev, and the Chairman of the State Committee for Affairs of Refugees and IDPs, Rovshan Rzayev. Other interlocutors included the Ombudsperson, Elmira Suleymanova, representatives of civil society, lawyers, as well as the Chair and members of the Bar Association.

The Commissioner also went to prisons where she met with the journalists Seymur Hazi and Afgan Mukhtarli. The Commissioner would like to express her appreciation for the fact that the visits have been facilitated by the Azerbaijani authorities.

The Commissioner’s report on her visit to Azerbaijan is forthcoming.