Austria should step up efforts to protect women’s rights and gender equality and improve the reception and integration of refugees, asylum seekers and migrants 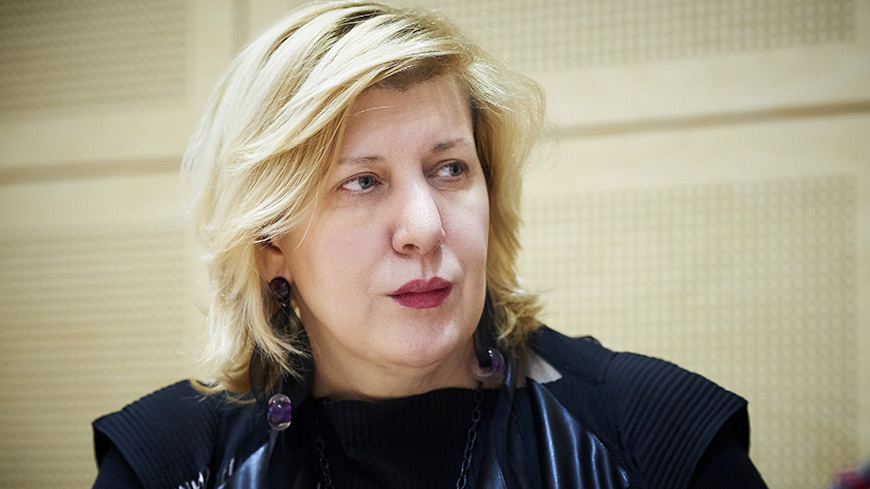 “Austria has taken significant steps to combat violence against women but, as the high number of femicides and the emergence of new digital dimensions of violence show, increased and better co-ordinated efforts are required,” said Council of Europe Commissioner for Human Rights Dunja Mijatović today following a visit to Austria from 13 to 17 December.

“The authorities should not only ensure that sufficient resources are allocated transparently and sustainably to preventing violence against women and protecting victims. They also need to adopt an ambitious and comprehensive approach to the legal, financial, operational and human challenges involved, in close co-operation with all relevant stakeholders, including national human rights bodies and NGOs,” she added. “I have noted with interest the recent adoption of the online hate speech package (Hass im Netz), which provides new tools to address this scourge, and I will pay close attention to its implementation in practice.”

Women’s sexual and reproductive health and rights must be safeguarded to ensure full gender equality, and all existing financial and practical barriers preventing access to these health services should be removed. “I was able to see that for many women living in Austria, in particular young and/or destitute women, the effective enjoyment of these rights is undermined by lack of access to affordable contraception and abortion services, a situation which has been compounded by the pandemic,” said the Commissioner on the occasion of a visit to a counselling centre run by the Austrian Society for Family Planning. She recommended that the Austrian authorities ensure that contraceptive goods and services are covered by public health insurance or subsidy schemes and that the accessibility and availability of legal abortion services are guaranteed in practice throughout the country.

She also noted that the Austrian gender pay gap, of 19.9 percent in 2019 according to Eurostat, is among the widest in the European Union, contributing to significant pension inequalities and female poverty. The Commissioner therefore urged the authorities to ensure that the penalties provided for by law are actually imposed on employers who discriminate on the ground of gender, and to guarantee access to equal opportunities for women and men.

As regards the reception and integration of refugees, asylum seekers and migrants, the Commissioner visited the Initial Reception Centre in Traiskirchen (Lower Austria), where she met many residents, including families, women and unaccompanied boys and girls, as well as staff members of the Federal Agency for Reception and Support Services. “I welcome the work done by the agency to accommodate all those arriving in good sanitary conditions, but the centre is reaching its limits, due to the fact that many of those eligible for transfer to other reception facilities under the responsibility of the provinces remain in Traiskirchen,” said the Commissioner. Designed for short stays, the centre does not provide sufficient or adequate educational or recreational activities, which has a particular impact on unaccompanied children. Those under 14 are currently being taken care of by ‘remunerated’ asylum-seeking mothers also living in the centre, who sometimes do not even speak the same language. “I urge the authorities to appoint fully-fledged guardians for these young children from the very beginning of the asylum procedure, and to pursue their discussions with the provinces in order to ensure that they play their part and transfer the asylum seekers who have completed the admissibility procedure, as provided for by law”, said the Commissioner. Underlining the crucial importance played by legal assistance in the asylum procedure, the Commissioner further invited the Austrian authorities to safeguard, both in practice and in law, the quality of the assistance provided by the Federal Agency for Reception and Support Services, and the independence of the agency.

The Commissioner’s report on her visit is due to be published shortly.