The feasibility study on AI legal framework adopted by the CAHAI 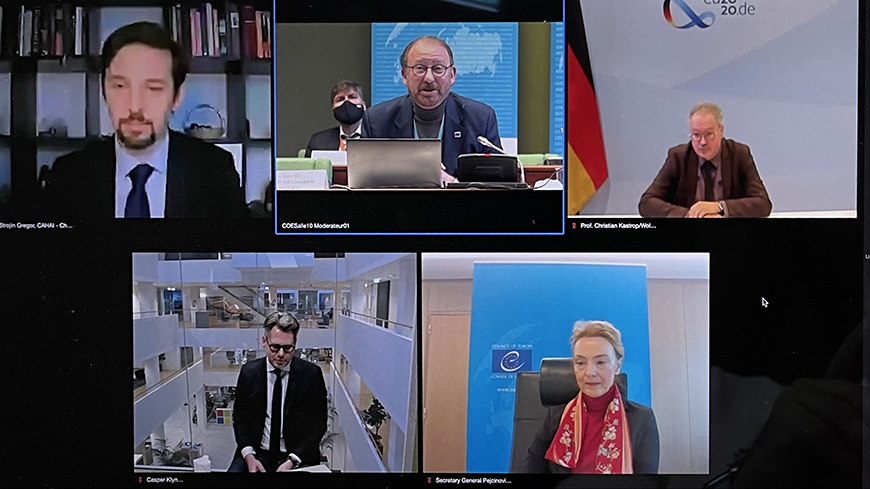 The CAHAI held its 3rd plenary meeting from 15 to 17 December 2020. More than 200 members, participants and observers met online to discuss the feasibility study of a legal instrument on artificial intelligence, and its potential elements, as well as the modalities of the multi-stakeholder consultation. After in-depth discussions with all participating members and observers, the feasibility study was adopted by the CAHAI and will be presented in 2021 to the Committee of Ministers of the Council of Europe.

The meeting was opened by Marija Pejčinović Burić, Secretary General of the Council of Europe, Rik Daems, President of the Parliamentary Assembly of the Council of Europe, Prof. Christian Kastrop, State Secretary, Federal Ministry of Justice and Consumer Protection of Germany and Casper Klynge, Microsoft Vice President for European Government Affairs and former Danish "tech" ambassador to Silicon Valley. In parallel to the plenary meeting and with the support of Japan, an online event on the democratic governance of AI was organised and a CAHAI publication entitled "Towards the Regulation of AI Systems" was made available online.

Feasibility study on a legal framework on AI design, development and application based on Council of Europe's standards adopted by the CAHAI on 17 December 2020