Inaugural Meeting of the Committee on Artificial Intelligence (CAI) 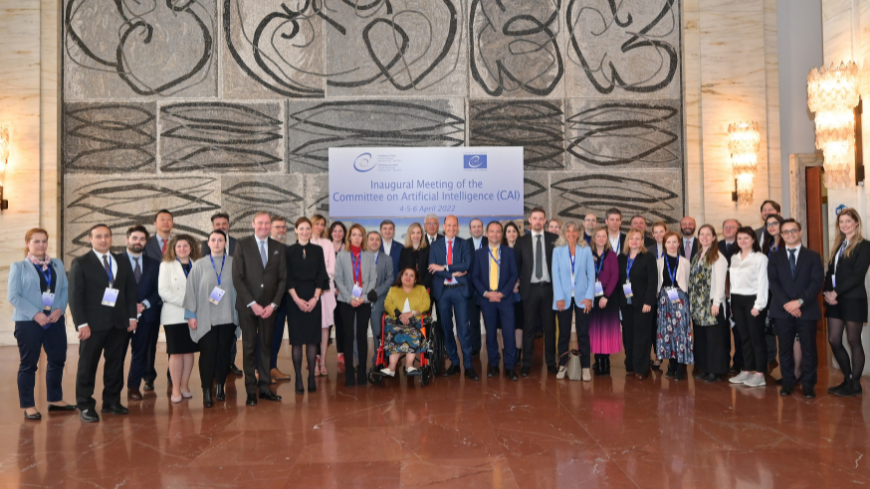 On 4 April 2022, the Italian Chairmanship of the Committee of Ministers and the Council of Europe co-organised the “High-Level Segment – Inaugural Meeting of the Committee on Artificial Intelligence (CAI)”. This important event took place at the premises of the Ministry of Foreign Affairs in Rome and featured presentations on artificial intelligence and human rights by eminent academics, and representatives of States and international organisations.

Bjørn BERGE, Deputy Secretary General of the Council of Europe, in his opening speech noted the many novel challenges societies are facing through the use of AI systems in everyday life.

The high-level event was followed by the first meeting of the CAI (4-6 April 2022), which elected Mr Thomas SCHNEIDER (Switzerland) as its Chair. The Committee also held an exchange with Mr Gregor STROJIN (Slovenia), Vice-Chair elect, on the outcomes of the work of its predecessor the Ad hoc Committee on Artificial Intelligence (CAHAI), which Mr STROJIN chaired, and examined the ways forward in elaborating an appropriate legal instrument on the development, design, and application of artificial intelligence, based on the Council of Europe’s standards on human rights, democracy and the rule of law, and conducive to innovation.