Meeting with Chems-Eddine Hafiz, rector of the Grand Mosque of Paris 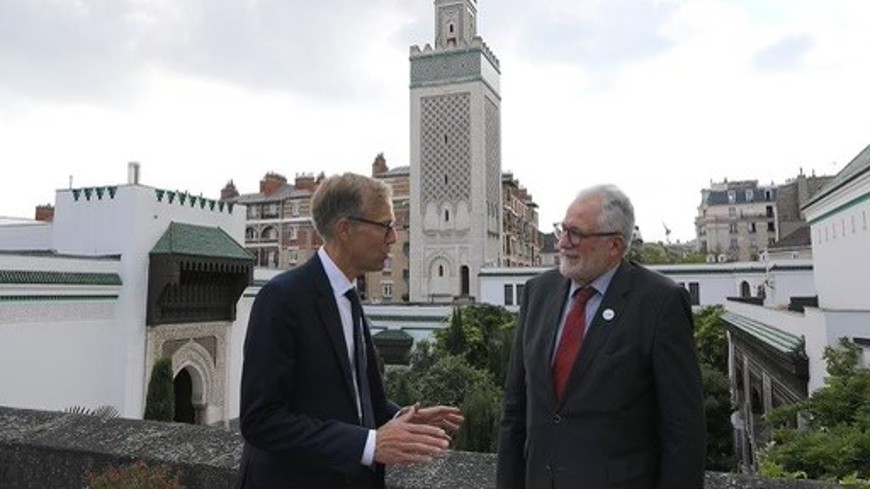 I had the honour of meeting Chems-Eddine Hafiz, rector of the Grand Mosque of Paris for an exchange on strategies and initiatives to combat antisemitism, racism and discrimination in particular against Muslims.

I informed him of the various recommendations of the Council of Europe, including the most recent ECRI recommendation on combating anti-Muslim racism.

Mr. Hafiz explained that discrimination experienced by Muslims was mostly multi-layered and intersectional, and often not specifically directed against people’s religion. On the other hand, he expressed concern that religion was sometimes misused for extremist aims, but this was based on misinterpretation, and wrong translation of holy verses.

He stressed that it was important for Muslims to progress in society. It was important therefore to demonstrate to the general public that being a practicing Muslim was entirely compatible with French and European values and that the Grand Mosque of Paris was an open space for all visitors, working in full transparency.

We agreed to stay in touch and I expressed my hope that Rector Hafiz could come to Strasbourg in the near future.

Link to Mr. Hafiz's speech at the summer school of the F ederation of the Great Mosque of Paris