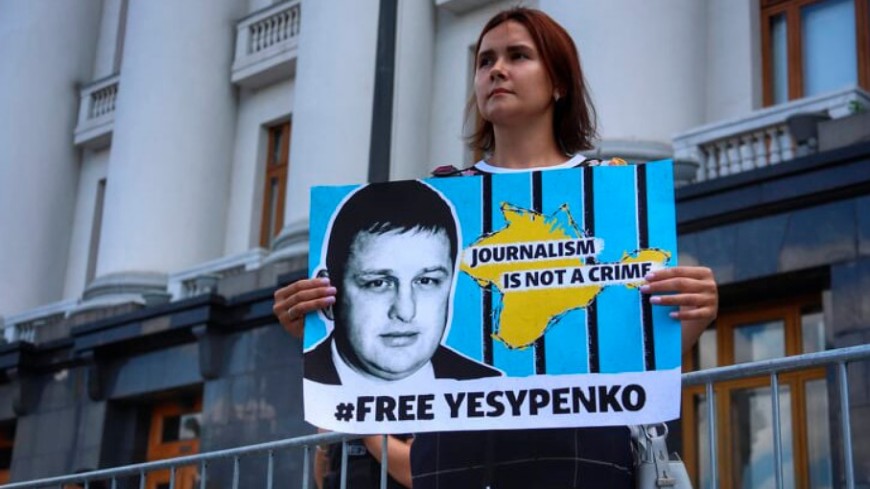 The criminal conviction handed down in the case of freelance RFE/RL journalist Vladislav Yesipenko in Crimea yesterday defies credibility and raises serious concerns that it is connected to his legitimate journalistic work. Mr Yesipenko was convicted of possession of explosives and sentenced to six years of imprisonment in a colony and a fine after being arrested in March 2021, detained incommunicado and allegedly subjected to torture to extract a forced confession. His lawyers have also reported numerous flaws that had fundamentally undermined Mr Yesipenko’s fair trial guarantees, whereas allegations of his torture have remained unaddressed.

Mr Yesipenko’s ordeal follows other unfair convictions of journalists like Mykola Semena, forced to leave Crimea after being convicted in 2017, or Taras Ibragimov, banned from entering Crimea for thirty years in 2020. More broadly, those convictions throw into sharp relief the dire situation of media and individual journalists in Crimea, with independent journalism being curbed through arrests, criminal prosecutions, entry bans, surveillance, searches, confiscation of equipment, censorship, harassment, and intimidation.

Instead of prosecuting independent journalists operating in Crimea, those in charge of law and order should ensure media freedom and pluralism in the peninsula. Mr Yesipenko should be released and his rights respected, including through an effective investigation into the allegations of his torture which should bring to justice its perpetrators.