Visit to Ukraine on execution of ECHR judgments 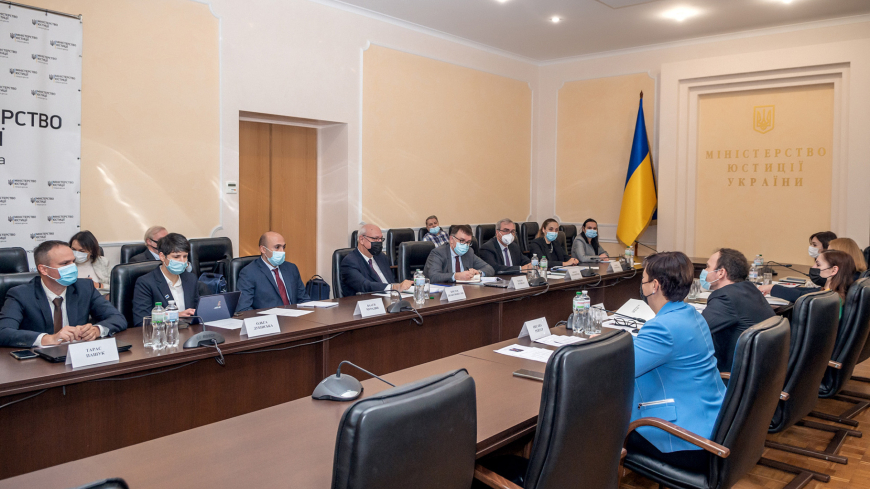 On 17-19 November, a delegation of the Council of Europe visited Kyiv to discuss the challenges and steps to be taken for the execution of ECHR judgments. Discussions focused on the need to co-ordinate and strengthen the institutional and legislative capacities of the executive, legislative and judicial branches of power in response to the ECHR judgments revealing systemic and structural problems in Ukraine. These include two pilot judgments concerning the systemic failure to enforce domestic judgments against the state, and structural problems posed by prison conditions amounting to ill-treatment without effective domestic remedies.

Furthermore, the delegation discussed with the authorities other complex issues revealed in the Court’s judgments, including the lack of efficiency in the administration of justice, the failure to ensure judicial independence in matters relating to judicial discipline and careers, cases concerning investigations into torture and other forms of ill-treatment. Finally, issues of safety of journalists, multiple violations of the Convention during the events of "EuroMaidan" (as revealed in the Shmorgunov and Others group of cases) and issues of the prosecutorial independence were focussed upon. As the Committee of Ministers of the Council of Europe supervises the execution of these judgments by Ukraine, the meetings provided the opportunity to consider, together with the State authorities involved, the needs for structural changes. Lines of action were identified and avenues for cooperation were suggested on which the Department for the Execution of Judgments and other relevant departments and institutions of the Council of Europe will follow up.

The delegation held meetings in the Ministry of Foreign Affairs, the Ministry of Justice, the Verkhovna Rada, the Office of the President of Ukraine, the Supreme Court, the Constitutional Court, and the Prosecutor General’s Office. The Council of Europe delegation was led by the Director General of Human Rights and Rule of Law, and included representatives of the Department for the Execution of Judgments of the European Court, the Registry of the European Court of Human Rights, and the Secretariat of the Venice Commission. The Deputy Head of the Council of Europe Office in Ukraine and representatives of the technical cooperation projects joined the meetings.

Ministry of Justice (in Ukrainian)

Video of the moderated discussion Ukrainian Bar Association (in English/Ukrainian)