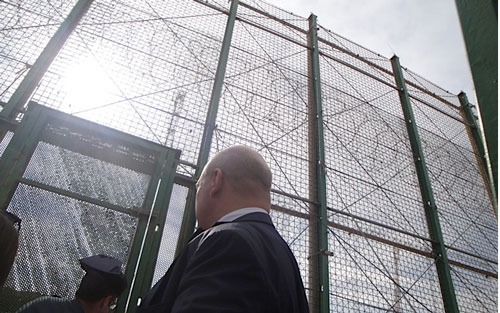 Today, Commissioner Muižnieks has submitted written observations to the European Court of Human Rights in relation to two complaints concerning alleged pushbacks of migrants from the Spanish city of Melilla to Morocco.

Basing his observations on his visit to Melilla in January 2015 as well as on other credible reports, the Commissioner underscores the existence of an established practice of summary returns of migrants who attempt to enter Melilla in groups by climbing the fence surrounding the city. “Such returns, which affect Sub-Saharan Africans in particular, take place outside of any formal procedure and without identification of the persons concerned or assessment of their individual situation. This prevents the persons concerned from effectively exercising their right to seek international protection” he writes in his third party intervention.

He also highlights that migrants who have been summarily removed from Melilla have no access to an effective remedy to challenge their removal or to seek redress for any ill-treatment they may have been subjected to during such operations.

Read more on the Commissioner’s work on the human rights of migrants and asylum seekers.