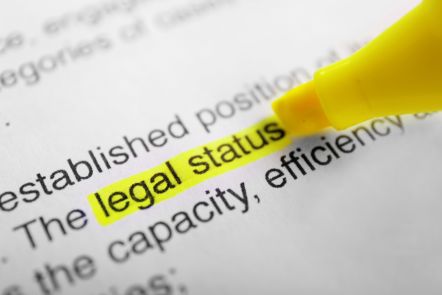 The Universal Declaration of Human Rights states that "Everyone shall have the right to recognition everywhere as a person before the law." Various international organisations estimate that there are approximately 680,000 stateless persons residing in Europe today; a relatively large number of them are ethnic Roma with no basic documents, such as a birth certificate, an identity card or a passport to prove their identity, legal status and citizenship.

All of them are individual stories of deprivation of rights. The effects of being statelessness are particularly detrimental on children. Though every child has a right to a nationality, we may still find stateless children in Europe, many of them within Roma families. Their statelessness may have been caused by discrimination in laws, complex and costly administrative practices, conflicting nationality legislation or insufficient safeguards against statelessness. Some of the stateless children in Europe may have migrated to another region with their parents.

But statelessness in Europe is not only found amongst migrants. It is also found amongst persons who have lived in one particular country for decades. Children are even born into statelessness in Europe today. Without proper identification documents, individuals are essentially not people before the law and are de facto stateless and legally and administratively invisible, thus creating numerous obstacles in accessing education, healthcare, employment, housing, justice, participation in the political life, etc.

Administrative and  financial obstacles should be urgently removed. Intra-community practices, such as child/early marriages resulting in complications for acquiring personal documents and birth certificates, should be addressed. Policy measures and initiatives, legislative changes in some cases, awareness-raising activities to inform Roma about procedures to acquire such documents and consequences for not having them for themselves and their families, should be taken to avoid statelessness. The Council of Europe supports and encourages national initiatives, such as the provision of free legal aid, the waving of administrative fees, Roma mediation, mobile registration units, transborder cooperation, mapping of displaced or stateless Roma. Special attention should  be  paid  to  the  plight  of  the  thousands of  Roma  and  their  families  who  have been victims of conflicts and were  forced  to move, e.g. from the former Yugoslavia and other more recent conflict areas, and who remain in hosting states truly invisible, legally-speaking.