français
The European Committee for the Prevention of Torture (CPT) urges the 47 Council of Europe member states to use remand detention only as a measure of last resort and to provide remand prisoners with adequate detention conditions. During visits to prisons throughout Europe, the CPT has often found that remand prisoners are held under very poor conditions and an impoverished regime.
20/04/2017 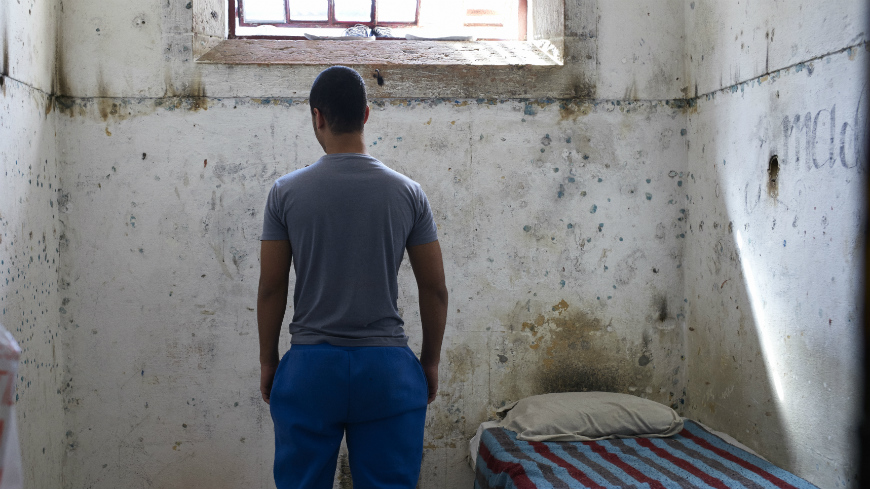 In many European countries the persistent problem of overcrowding in prisons is due to a large extent to the high proportion of remand prisons among the total prison population.

In its annual report, published today, the CPT stresses the need for member states to ensure the use, to the extent possible, of alternative measures to pre-trial detention such as provisional suspension of detention, bail, house arrest, electronic monitoring, removal of passports and judicial supervision. In the CPT’s view, these measures should also be considered for foreign nationals, who are frequently held on remand because they are considered to constitute a higher risk of flight.

The Council of Europe´s Secretary General Thorbjørn Jagland said: “The CPT has regularly identified serious shortcomings in the conditions in which pre-trial prisoners are held in Europe. I call on states to ensure that their conditions of detention are in line with human rights standards and that pre-trial detention is only applied if absolutely necessary, which can help to reduce prison overcrowding.”

“Detention on remand can have severe psychological effects – suicide rates among remand prisoners can be several times higher than among sentenced prisoners – and other serious consequences, such as the breaking up of family ties or the loss of employment or accommodation”, said the CPT President Mykola Gnatovskyy.

“Remand detention should be imposed for the shortest time possible. It should be based on a case-by-case evaluation of the risks of committing a new crime, of absconding, of tampering with evidence or witnesses or of interfering with the course of justice”, he added.

Within Europe, the frequency and duration of remand detention appears to differ enormously from one country to another, with the proportion of remand prisoners of the total prison population ranging from 8% to 70%. On average, some 25% of all prisoners in Council of Europe member states have not yet received a final sentence, according to the Council of Europe Penal Statistics (SPACE). For foreign nationals, this proportion is significantly higher (around 40%).

During its country visits over the years, the CPT has found that remand prisoners are often held in dilapidated and overcrowded cells. In some cases, the CPT has concluded that conditions could be considered to be inhuman and degrading.

In the annual report, the Committee expresses concern about the restrictions which are imposed on remand prisoners in several countries, in particular as regards their contact with the outside world. Such restrictions may include a total ban on telephone calls or visits or even solitary confinement. The CPT underlines that any restriction should be specifically substantiated by the needs of the investigation, require the approval of a judicial authority and be applied only for a specific period of time.

Further, the CPT recommends eradicating the practice observed in some countries of holding remand prisoners in law enforcement establishments for weeks or even longer. Such facilities are not designed for lengthy periods of stay, and prolonged detention on the premises of law enforcement agencies increases the risk of intimidation and ill-treatment by law enforcement officials.

In its annual report, the CPT also welcomes that, in 2016, Austria, Finland, Monaco and Sweden authorised the automatic publication of CPT reports, thus joining Bulgaria, Luxembourg, the Republic of Moldova and Ukraine, which had agreed to this practice previously. As a rule, CPT reports are published at the request of the member states concerned.

In 2018, the CPT will carry out periodic visits to Albania, Andorra, the Czech Republic, Georgia, Hungary, Norway, Romania and the Slovak Republic.