Partners: Ministry of Justice of the Republic of Armenia, Court of Cassation, Government Agent of Armenia before ECtHR

The project aims to support Armenia in the execution of ECtHR judgments in which violations of Article 6 of the Convention are established. The major groups of such judgments include improvement of access to justice, prevention of the non-execution or delayed execution of judgments of national courts, development of remedies concerning excessive length of judicial proceedings.

The project will also support the Cassation Court in building effective procedures related to interaction with the ECtHR, with a focus on the implementation of Protocol No. 16 to the ECHR.

The Project will in particular support the judicial reform in Armenia to strengthen judicial independence and the effectiveness of legal proceedings and promote access to justice in line with European standards.

1.The Armenian national strategy for the implementation of general measures for execution of the ECtHR judgments is finalised and adopted by relevant Armenian bodies

2.Within the Armenian legislation the national remedies concerning the excessive length of judicial proceedings are developed along with other relevant general measures.

3.A set of recommendations to Armenia towards strengthening access to justice and judicial independence is provided.

4.The Court of Cassation of Armenia is supported in building effective procedures related to interaction with the European Court of Human Rights, with a focus on the implementation of Protocol No 16 to the ECHR

Re-opening of judicial proceedings in Armenia following the judgments of the European Court of Human Rights: Guide 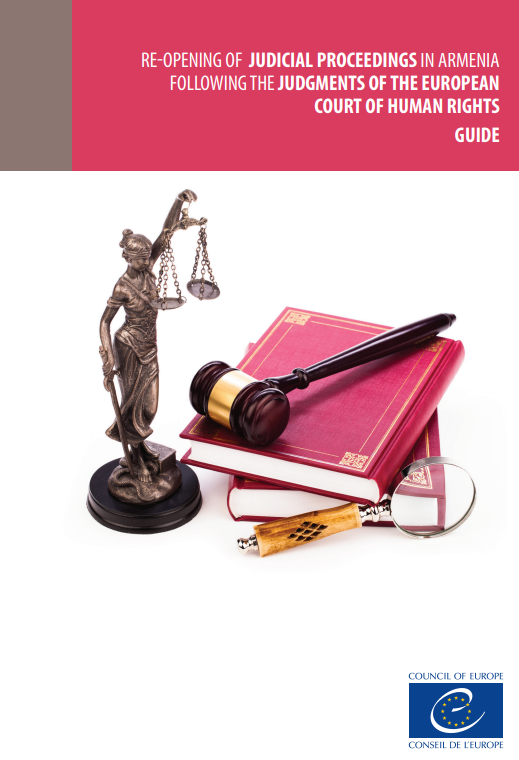