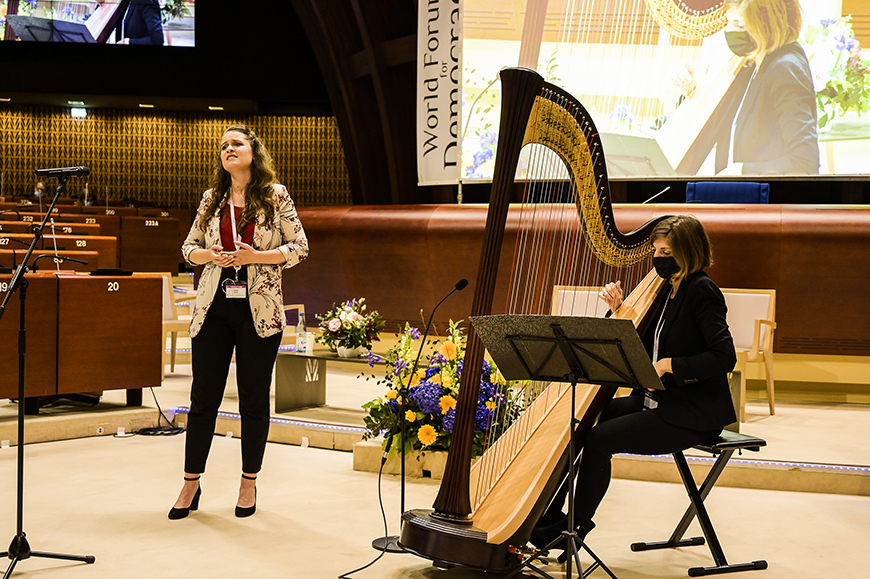 The mezzo-soprano Anaïs Yvoz studied musicology at the Pierre Mendès France University in Grenoble, then specialised in Opera Singing at the Haute Ecole de Musique in Lausanne, she then joined the Opéra Studio of the Opéra National du Rhin in Strasbourg in 2017. Noted by critics for her unique timbre and acting talents, she has performed the roles of Barbarina and Zerlina in Mozart's opera, Périzade in Offenbach's opera, Chava in the musical comedy "Un Violon sur le Toit", and Zweite Blumenmädchen in Wagner's opera. In the summer of 2021, she made her debut in Germany as Tisbé in Rossini's "Cinderella" at the Opera Classica Europa festival. In September 2021, she performed the role of Antiope in Maria Antonia de Walpurgis' opera "Talestri, Queen of the Amazons" with the Arcal lyrique in Paris. Anaïs has won several international competitions: she won the melody award at the Concours Vienne en Voix, and a second prize at the Concours Bellan in Paris. Her upcoming engagements include a revival of "Talestri" with the Arcal lyrique and the creation of the role of the Second Woman in Thierry Pécou's opera "Until the Lions", at the Opéra National du Rhin.

Mathilde Armengaud is a young soloist harpist, who performed under the direction of renowned conductors such as Christophe Talmont, Antoine Marguier or Marko Letonja. She began her musical studies at the Conservatoire de Lyon with Christophe Truant and continued them at the Conservatoire de Dijon with Virginie Tarrête. At the same time, she obtained a degree in Biology of organisms at the University of Burgundy in 2012. Since 2013, she has followed the teaching of Pierre-Michel Vigneau at the Conservatoire de Strasbourg until she obtained her Diploma of Musical Studies, and then joined a Licence-DNSPM-DE course at the Académie Supérieure de Musique de Strasbourg-HEAR. She also studied in contemporary music at the Académie Linea and with Frédérique Cambreling. In addition to her concert activity, Mathilde teaches in music schools and takes part in musical workshops. 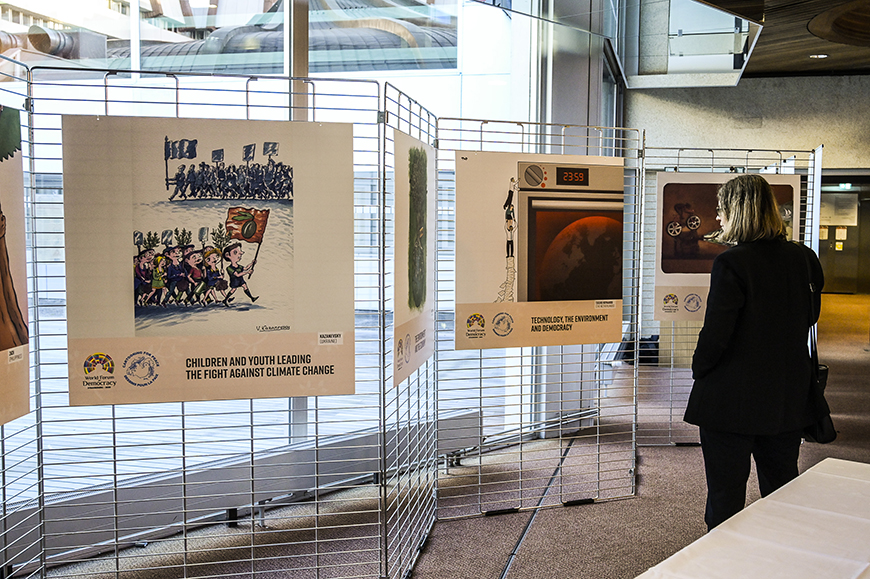 Closing Session and ceremony for the Democracy Innovation Award

The Democracy Innovation Award presented by the Secretary General of the Council of Europe to the most popular initiative of the World Forum for Democracy is an original work of the artist Ilana Isehayek.

Ilana Isehayek began her career as an artist in Canada before settling in France twenty years ago. Her origins and journey appear in her constant attention to the questions of roots, travel and culturs of origin and adoption. One of her main concerns is to create a link between the past and the present, history and experience, defining the role of public in the work, the appearance or the physical approach of the place. In paintings, sculptures or installations, she develops a very personal language. 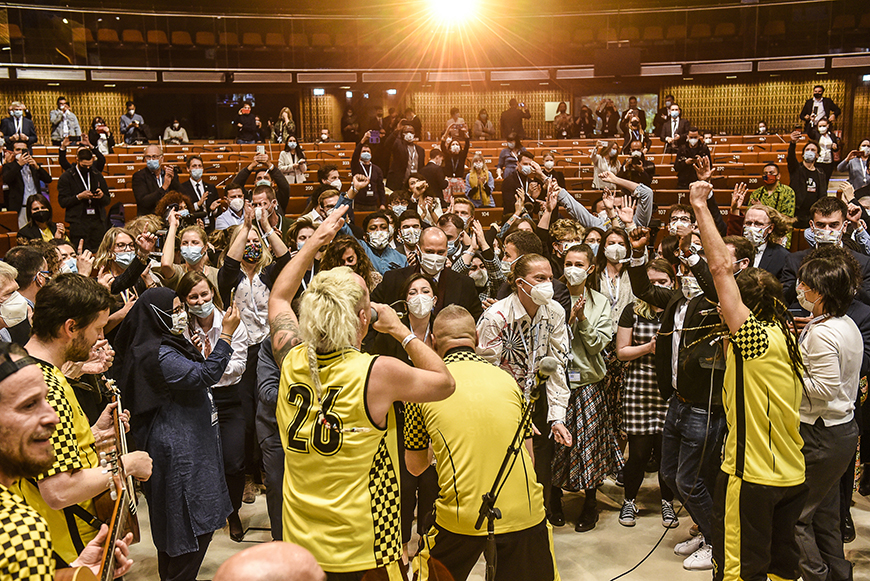 This band has became the biggest band in the Balkans, since its beginnings in Bosnia and Herzegovina (2003). Besides the Balkan region, they played sold out shows in USA, Canada and all across Europe: London, Amsterdam, Berlin, Duiblin, Budapest, Oslo, Prague, Vienna, Madrid, etc. Dubioza Kolektiv also performed at major European festivals, such as Glastonbury, Roskilde, Lollapalooza, Boomtown Fair and so many more. They set the attendance record at Exit Festival’s Fusion Stage and played in front of half a million people at Pol’and Rock Festival, where they received the Złoty Bączek Award for the festival’s best international performance in 2018. Their history has shown: these guys don’t stop until they achieve their objectives. Dubioza Kolektiv take on traditional musical forms and enrich it with their unique perspective, which is delivered with a level of positivity that hits you like a blast of fresh air.